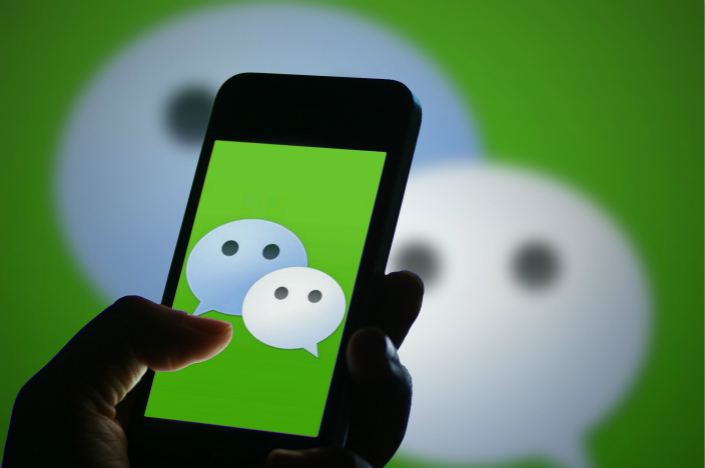 Controversy over the huge price being paid for a basket of social networking accounts is casting a spotlight on China’s fascination with interactive media that have moved from their roots as simple socializing tools to big money spinners.

The story revolves around Zhejiang Huge Leaf Co., a Shanghai-listed company that raised eyebrows in April when it offered to pay a hefty 3.8 billion yuan ($592 million) in cash and stock for an online advertising firm whose core assets were 981 public accounts on WeChat, China’s wildly public mobile instant messaging service.

Huge Leaf’s eyes were squarely fixed on Shenzhen Quantum Cloud’s 240 million followers for its nearly 1,000 public accounts, offering content and services such as musical photo albums. Huge Leaf’s huge price valued each of those accounts at more than $600,000, a large sum for a medium whose history dates back only seven years.

But the price was so high that it caught the attention of stock exchange authorities, whose questions prompted Huge Leaf to lower the figure this week to a still sizable 3.2 billion yuan, averaging about $510,000 per account.

While names like Facebook and Snapchat have become social phenomena around the world, those names are blocked in China due to Beijing’s strict rules requiring such sites to police themselves for content on sensitive subjects. That absence has spawned a bumper crop of made-in-China imitators like WeChat, the Twitter-like Weibo and an even newer generation of services that let users live broadcast everything from mundane acts like eating noodles to commentary on financial markets.

Many of those, known locally as “wanghong” or “internet stars,” have found ways to monetize their accounts, leading to big valuations like the one being offered by Huge Leaf.

One case in point is Papi Jiang, an online sensation who made a name for herself through satirical videos, allowing her to raise 12 million yuan in venture capital funding in 2016 in exchange for 12% of her company. Jiang, who had over 12 million followers on her Weibo account, showed the big earnings potential of self-media when she auctioned off an advertising slot for 22 million yuan two years ago.

While Quantum Cloud’s figures look impressive, subscriber inflation could also have prompted the stock exchange to question the high price being offered by Huge Leaf, said Wang Hongdong, head of data research center at consultancy iiMedia Research Group. He estimated Quantum Cloud’s base of unique individual followers is likely much lower than the 240 million figure given, since any particular individual could follow multiple accounts among the 981 total, creating lots of overlap.

For its part, Huge Leaf is among a generation of companies looking to move from older traditional businesses into sexier new areas. The company’s businesses include selling pesticides, as well as the newer areas of online gaming and entertainment.