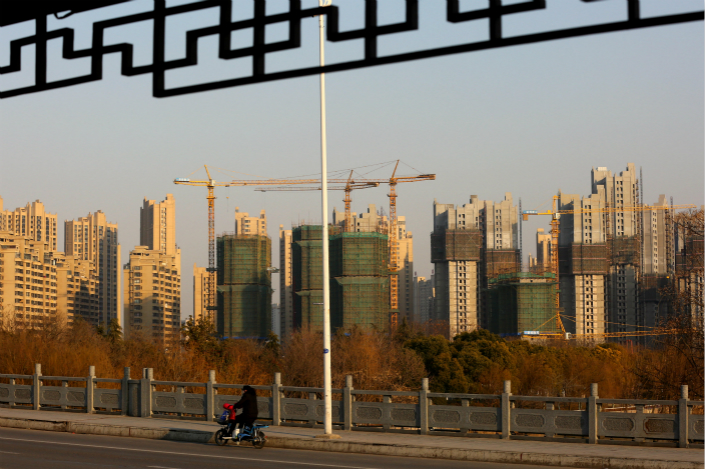 A residential community is under construction in Huian, Jiangsu province, on Feb. 4. Photo: VCG

China has created a nationwide property registration platform in a move to consolidate data that has been spread across a large number of local databases.

The country now has 3,001 government-run registration platforms, which provide services to over 300,000 businesses and individuals on a daily basis, according to an article published Sunday by the Ministry of Natural Resources, which announced the establishment of the new consolidated database.

The platforms were created to deal with issues related to property rights, including the issuance of ownership certificates related to land, water, grassland, forests and homes.

An April article by the official Xinhua News Agency said China aims to consolidate all the data currently held in cities’ and counties’ property registration platforms into a nationwide system by year-end.

Although the new integrated nationwide registration platform has been set up, the Xinhua article said that due to changes in how data is registered, members of the public will likely not be able to look up nationwide ownership data for the time being.

This news comes as house prices are rising rapidly despite local governments’ stringent policies to clamp down on speculation in the property market.

In May, China’s home prices rose at the fastest rate in 19 months, according to Bloomberg calculations based on National Bureau of Statistics data.

New-home prices in 70 cities tracked by the government edged up 0.8% from a month earlier, compared with a 0.57% increase in April.

Some analysts have downplayed the potential impact of an integrated registration system on house prices, as prices are influenced by a variety of factors such as economic and financial conditions and supply-demand relations, according to the official Beijing News.

It also added that the system could deter bribery as it can allow law enforcement agencies to rapidly access all the home ownership information registered under an individual’s name.