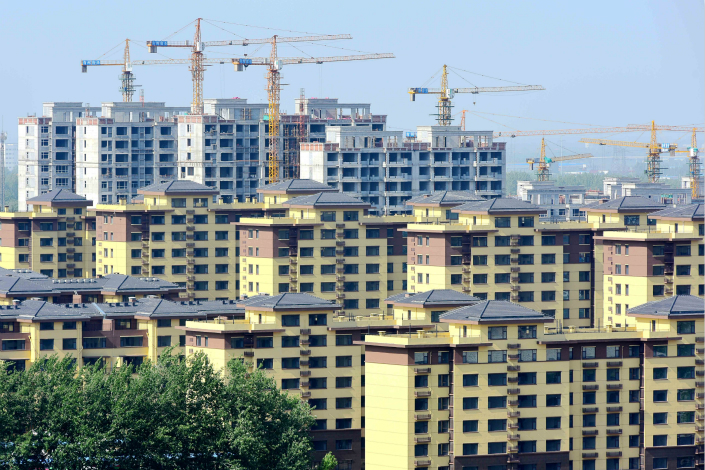 Housing units under construction are seen in Weifang, Shandong province, on May 23. Photo: VCG

The adjusted contribution rate of the real estate industry to China’s gross domestic product (GDP) in 2016 was 12%, or 5.52 percentage points higher than the official figure, according to recent nongovernmental research.

The previously released official figures from the National Bureau of Statistics (NBS) said that the value added of the real estate industry in China amounted to 4.82 trillion yuan ($751.6 billion) in 2016, accounting for 6.48% of the country’s GDP, which was 74.41 trillion yuan.

Using this method was unreasonable as it could not reflect the influence of sharply rising house prices in recent years, according to research by Sheng Songcheng, a counselor to the People’s Bank of China, and Song Hongwei, a researcher at consultancy Tospur Real Estate Consulting Co. Ltd.

The researchers used the market rental method, which has been adopted by the U.S. and Japan, to recalculate the value added of housing services, and found that the adjusted figure was 5.33 trillion yuan in 2016, much higher than the one calculated with the cost-accounting method, which was 1.23 trillion yuan.

Taking that into account, the adjusted value added of the real estate industry in China was 8.92 trillion yuan in 2016, accounting for 12% of its GDP, which was basically the same as the U.S. and Japan, according to the research.