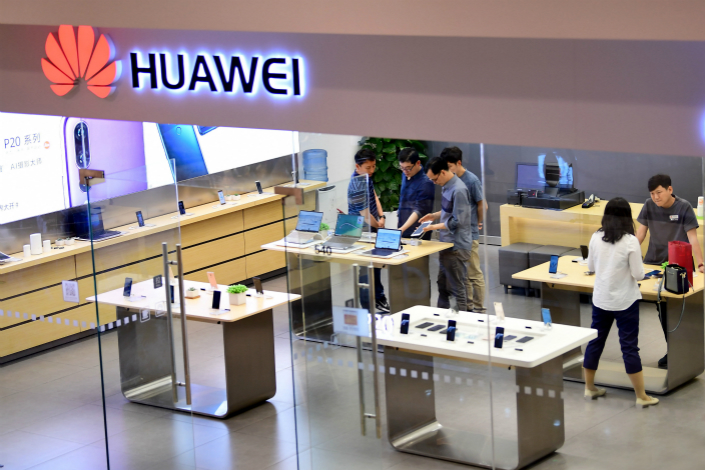 A Huawei Technologies Co. Ltd. store is seen in Shenyang, Liaoning province, on May 18. Photo: VCG

Huawei Technologies Co. Ltd. has lashed out after reports that its bid to build Australia’s fifth-generation (5G) mobile technology network might be nixed on national security concerns, calling such worries “ill-informed and not based on facts.”

The world’s largest telecom-equipment maker made the statement in an open letter addressed to Australian lawmakers Monday, which was signed by Huawei Australia Chairman John Lord and board members John Brumby and Lance Hockridge.

Australian wireless carriers will soon need to begin building 5G networks that will provide the high speeds necessary for emerging technologies such as driverless cars, robotics and virtual reality. But Canberra is set to bar Huawei from bidding to supply infrastructure to these companies on national security concerns, according to local media reports.

Citing government sources, the Sydney Morning Herald reported last week that intelligence agencies are expected to take a strong line against Huawei and recommend that it be banned from bidding. But the report said no decision has been made.

In the letter, Huawei denied links to the Chinese government and military, saying it’s a private company “owned by our employees with no other shareholders.”

The Shenzhen-based telecom giant was founded by Ren Zhengfei, whose service in the People’s Liberation Army has stirred speculation for years of official ties. Despite the company’s protestations, the U.S. has largely shut Huawei out of its market.

If the Australian government were to issue this ban, it would deal a significant blow to the firm’s operations in a telecom market worth $40 billion a year.

Huawei entered Australia almost 15 years ago and currently employs over 700 people in the country. It is Australia’s largest supplier of wireless technology, working with three of the nation’s major mobile carrier networks: Vodafone, Optus and TPG. Huawei partnered with Optus on a 5G trial in Gold Coast during the Commonwealth Games in April.

Huawei stressed in the letter that countries like Germany, Spain, Italy and New Zealand have embraced its technology within their own respective national security frameworks.

Huawei said it has offered to build an evaluation and testing center to ensure independent verification of its equipment in Australia, just as it has done with its 5G investments in the U.K., Canada and New Zealand.