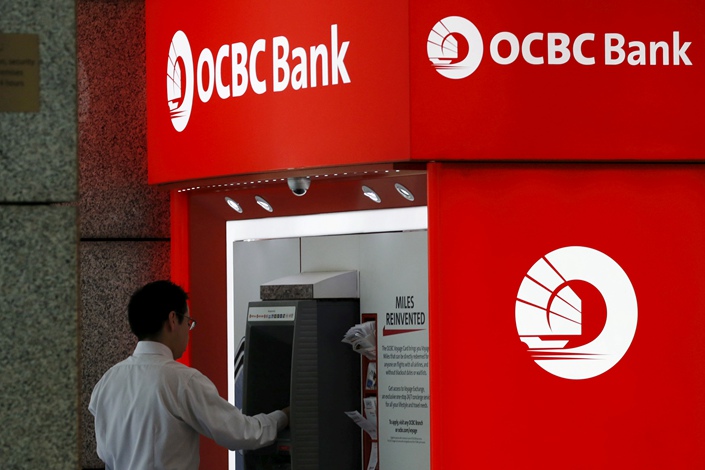 Singapore’s second-largest listed bank is aiming to double its profits in China’s “Greater Bay Area” over the next five years as the region’s rising prosperity spurs further demand for investment options among the rich.

Samuel Tsien, CEO of Oversea-Chinese Banking Corp. Ltd. (OCBC), said that the bank has set a target to make pretax profits of $740 million by 2023 from the economic powerhouse that traverses the territories of Hong Kong and Macau, as well as nine mainland cities in Guangdong province, including first-tier megacities Guangzhou and Shenzhen, according to Singaporean media.

OCBC intends to invest $200 million across the region over that period, with two-thirds going toward high-tech development and one-third toward beefing up its staff by 50% to 4,200, The Straits Times reported.

The Greater Bay Area is a government strategy to boost interconnectivity among the Pearl Delta’s main cities, spurring growth in the region that recorded a gross domestic product in excess of $1.56 trillion last year, roughly that of Russia and Spain. More detailed plans are expected in the next few months. The government’s aim is for the region to rival existing tech hubs such as the San Francisco Bay Area and the Tokyo Bay area in their capacity to generate scientific and technological advancements as part of the wider “Made in China 2025” industrial strategy.

“This will be a new economic region of which there will be focused attention from both the public sector and the private sector,” Tsien was quoted by Bloomberg as saying. “It’s now become an increasingly important focused area for OCBC as we develop this.”

The bank is aiming to develop its wealth management business to take advantage of the 193,000 “high-net-worth individuals” that consultancy Bain & Co. estimates live in Guangdong province, with the majority concentrated in the Greater Bay Area. This group, defined as those with at least $1.5 million in investable assets, is set to increase only if Guangdong lives up to growth estimates of over 7% a year for the next few years.

“We believe that China‘s (wealth management) market in terms of product availability is quite limited. But we also believe it is a matter of people not being able to structure it in a way that private banking clients would like to have,” Tsien was quoted by Reuters as saying.

A December report by Boston Consulting Group and Industrial Bank Co. Ltd. estimated that China has over 500,000 private banks with 8 trillion yuan ($1.24 trillion) in assets under management, but demand remains strong.

OCBC will be joining HSBC Bank PLC in banking on growing demand for wealth management options in the region, which analysts expect to be at the forefront of any experimentation in a relaxing of restrictions on capital flows. Last week, HSBC announced that the Pearl Delta River region will be a key target of its business growth in Asia now that it has rallied after several years of restructuring.

OCBC already has a presence in the Greater Bay Area through its 2014 acquisition of Hong Kong’s Wing Hang Bank Ltd. The subsidiary made around $25 billion of loans to customers in 2017 and is expecting 15% annual growth until 2023. Wing Hang will likely be pivotal in OCBC’s private wealth management plans.