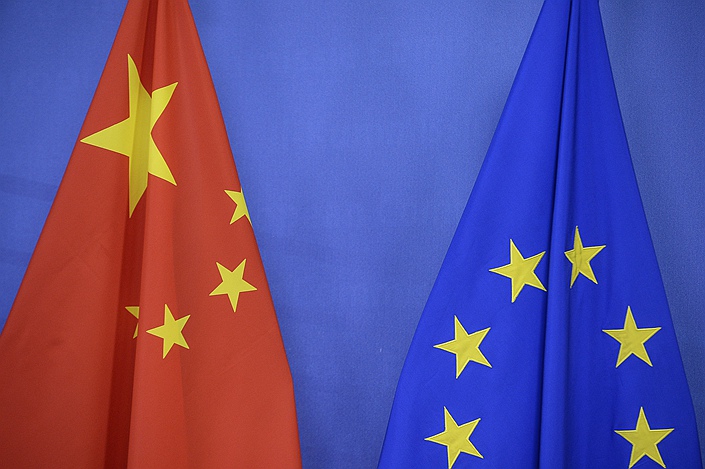 Doing business in China has become more challenging over the past year, according to the results of a survey of the EU Chamber of Commerce in China. Photo: VCG

(Beijing) — China needs to live up to its promises of reform and opening-up, give European companies the same investment opportunities that Chinese businesses have in the EU, and create a level playing field especially when it comes to regulatory issues, a group representing more than 1,600 foreign firms said on Wednesday.

Doing business in China has become more challenging over the past year due to long-standing regulatory barriers, market-access restrictions and unequal treatment, according to the results of the annual business confidence survey of the EU Chamber of Commerce in China. And almost half the respondents expect regulatory obstacles to increase over the next five years.

“The European Chamber urges China to follow through on its promises of reform and opening-up that have been repeatedly stated since President Xi Jinping’s speech to the World Economic Forum in January 2017,” the report said. “While some of these pledges have been written into legislation, European companies have yet to see much real concrete implementation.”

More than 500 members of the chamber responded to the survey, which was carried out by the chamber and consultancy Roland Berger in February and March. Only 6% of the respondents reported significant results in market opening this year compared with last year.

Lack of reciprocity in investment relations remains a major concern for European businesses, with 62% of respondents saying they feel that Chinese companies enjoy better market access in Europe than European firms do in China. This was particularly strongly perceived in sectors that included information technology and telecommunications, legal and financial services, construction, and logistics, where there are few, if any, limitations on Chinese companies investing in those industries in Europe.

Market-access barriers and regulatory burdens have resulted in significant costs for European businesses, with 46% of respondents reporting they had missed out on business opportunities as a result, and 12% saying that these obstacles had cost them more than a quarter of their annual revenue, according to the survey.

The chamber said the EU and Chinese governments urgently need to complete their Comprehensive Agreement on Investment. “This would demonstrate China’s commitment to addressing many of the key challenges in its business environment and would give European enterprises more confidence to increase their investments,” the report said.

Negotiations for an agreement began in November 2013 with the aim of providing investors on both sides with predictable, long-term access to the EU and Chinese markets and to protect investors and their investments. The 17th round of negotiations took place in Beijing in May.

Among the regulatory barriers that most concern European companies is internet access, with 64% of respondents stating that restrictions have had a negative impact on their respective businesses, according to the survey.

China required in early 2017 that telecoms and internet service providers offering virtual private network (VPN) services to businesses get prior government approval. Such services allow users to access sites and services blocked on the Chinese mainland, such as Google and WhatsApp.

Only state-sanctioned VPNs are permitted for business use, but they are expensive, the chamber said. In addition, there are significant data security concerns as Chinese authorities exercise control over these VPN services.

European companies said that unstable connections, slow internet speeds and restricted access had seriously impacted their respective businesses, according to the survey.

This was due to a number of factors, including increased research and development spending by Chinese companies, targeted high-tech acquisitions, and a swift response to greater demand for high-quality goods and services from the country's rising middle class, the chamber said.

“Now that Chinese companies are clearly becoming stronger and more competitive, it is time for China to remove the training wheels in order to create a sustainable economy in the long term,” chamber President Mats Harborn said in a statement. “We have seen some improvements this year in areas such as law enforcement, but we are still far from an environment that fosters fair competition.”