Women Come to Grips With Being Sold Into Slavery as Girls 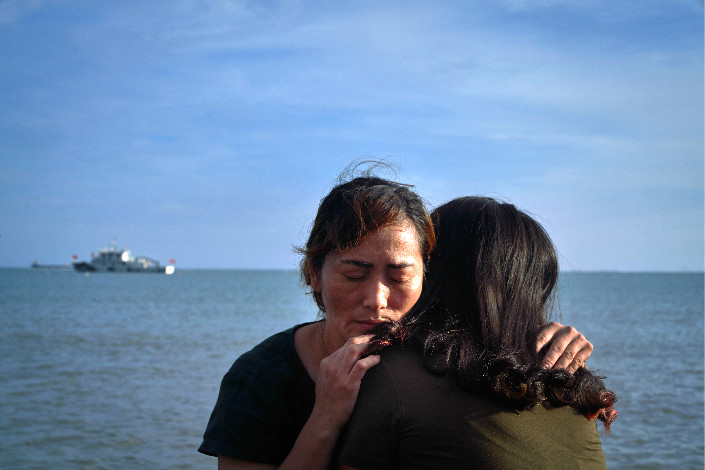 Lin Aizhen (left) and Chen Shufen were both sold by their parents when they were little. But while Lin was beloved at her adopted home, Chen was bought by her adopted parents as a child bride and was forced to marry her adopted brother, who is mentally disabled. The pair have become friends over their shared roots as unwanted girls.

After 28 years, Cao Xiaoqin still vividly remembers watching fireworks from her hiding place in a freezing rice paddy on the eve of Lunar New Year when she was only 7.

Cao (not her real name) was fleeing mistreatment and abuse in the southeastern city of Putian, Fujian province, at the hands of her adopted parents who had bought her as a child laborer in Changle county in a deal brokered via a “matchmaker.”

Cao, 35, spent three years roaming the streets as a homeless child before she was brought back by her adopted parents and returned to the beatings and endless family chores before she turned 18 and left home to work at an out-of-town shoe factory.

“I was beaten up on a regular basis by my adopted parents for things like breaking a bowl when I washed the dishes, and failing to light a stove fire or not cleaning the house properly,” said Cao, now the owner of a small grocery store, in a recent interview with Caixin.

She said she cried on that Lunar New Year’s Eve in the rice field, but has become numb over the years to what she has suffered. However, she said that she has never stopped hoping for a reunion with her biological parents.

Cao is among thousands of young girls, mostly from Changle, at the time an impoverished rural county in the southeastern province of Fujian, who were unwanted by their own parents and sold as child laborers or brides in Putian, a much-wealthier town 100 kilometers (62 miles) away.

Trade in girls unwanted by parents was a booming business after the 1960s in Fujian due to deep-rooted discrimination and cultural bias toward girls that was further bolstered by the country’s now-defunct one-child policy, introduced in the late 1970s, which limited most couples to one child, according to Li Yanlan, a matchmaker for unwanted girls in Changle.

As recently as 1993, parents still approached Li to seek her help buying and selling girls, she said.

Many of those who were sold by their biological parents and raised by adopted families struggle with a lack of sense of belonging and lower self-esteem due to the stigma associated with adopted girls, according to women’s and girls’ rights advocacy groups in Fujian.

At least 10,000 young girls were sold as child laborers or brides to families in Putian, according to estimates by the groups.

Some girls were lucky to be raised by adopted parents who treated them as if they were their own children. But many were subject to mistreatment and discrimination in their adopted homes.

Cao said her adopted parents forced her to break up with her then-boyfriend when she was 22 because the man could not come up with a dowry of 80,000 yuan (about $9,700 at the time) and instead married her off to a man of their choice.

Cao, a mother of a 1-year-old boy from her second marriage, said she tried to make peace with her past and visited her adopted parents in February during this year’s Spring Festival, her first visit in 10 years.

The parents were warmer toward her this time, she said. But she was taken aback when her adopted mother tried to hold her hands.

Having a boy is a lifelong mission for many women in Changle, while each girl they have is an extra burden, according to several women who sold a girl.

Cai Shuping is the first of five girls who were sold by her biological parents, she said she later learned from her parents, whom she managed to track down with the help of a police DNA database.

Cai said that her adopted parents loved her as a child of their own.

After she had her second child, a second girl, in 2007, her adopted parents tried to talk her into giving away the newborn so that she could have a boy because the country’s family planning policy limited rural couples to one boy or two girls.

“I agreed in the beginning, but quickly changed my mind because the girl, barely 6 months old, became upset and refused to be around me like she used to on the day when the prospective buyers were about to pick her up,” she said.

Cai said that she started feeling empathy toward her own parents over their decision to send her away “because of her own deep insecurity she felt for not having a boy.”