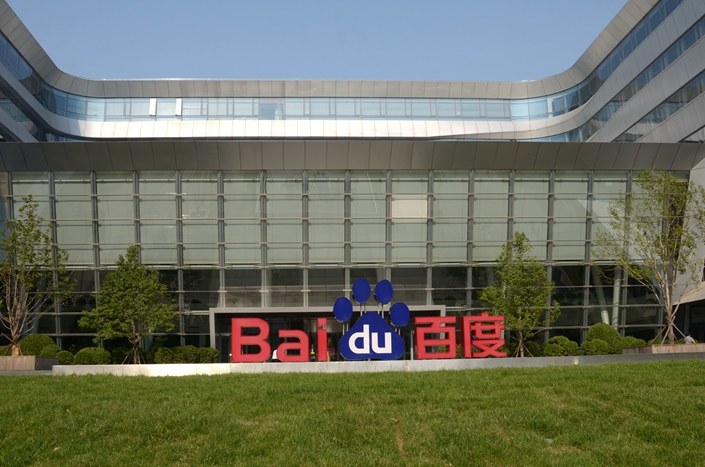 Chinese internet search engine Baidu Inc. said it is considering a mainland listing through the Chinese depositary receipt (CDR) pilot program, paving the way for the first such potential listing in the nation.

Baidu is “currently evaluating a potential offering and listing of Chinese depositary receipts in China,” it said in a filing to the U.S. Securities and Exchange Commission on Monday.

If the CDR offering is approved and successfully completed, it will increase total shares outstanding, the filing said, without revealing the time nor the size of the offering.

Caixin has reported (link in Chinese) that Baidu could become the first New York-listed company to return home by issuing CDRs.

A source told Caixin that Baidu started its CDR listing preparations later than Alibaba Group Holding Ltd. and JD.com, but is executing it faster. Baidu has picked Huatai Securities Co. Ltd. as its sponsor.

The CDR pilot program was launched to encourage overseas-traded tech giants — which have been off limits to Chinese investors — to list at home to buoy market vibrancy.

The program will enable tech companies to bypass legal and technical barriers to launch initial public offerings (IPOs) on the A-share market, such as restrictions on weighted voting rights — also known as dual-class shares — and mandatory requirements on IPO applicants’ profitability.

New-economy companies such as cellphone-maker Xiaomi Inc. were previously not qualified to list on the Chinese mainland due to their unprofitability, but the government changed the policy recently.

Despite the much-hyped market talks, the CDR program was dealt a setback when Xiaomi, which is seeking an IPO in Hong Kong next month, decided last week to postpone issuing CDRs “indefinitely,” reportedly due to a fallout with the regulator over valuation.