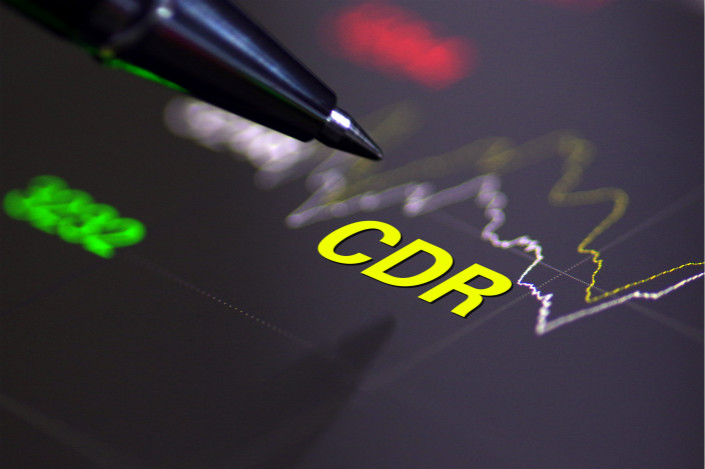 The lack of details in the latest draft regulations on the convertibility between China Depositary Receipts and the underlying shares they represent has disappointed many in the markets. Photo: VCG

China has issued detailed rules to allow the overseas-listed shares of tech giants such as Alibaba Group Holding Ltd. to be traded on domestic stock exchanges through the issuance of China depositary receipts (CDRs). But they do not contain specifics on the key issue of convertibility between the receipts and the underlying shares they represent.

Draft regulations released on Friday (link in Chinese) by the China Securities Regulatory Commission (CSRC) cover a wide range of issues, including technical and administrative measures governing the listing and trading of CDRs, information disclosure, investor protection and the legal responsibilities of various parties. They follow the publication on March 30 of the listing criteria for companies eligible for the CDR trial, which is aimed at encouraging overseas-listed high-tech companies — such as Alibaba, JD.com Inc. and Baidu Inc. — to return home.

But the CSRC document does not provide guidelines on the relationship between the CDRs and the underlying overseas-traded shares that they will represent, including how or whether the receipts can be freely converted into those shares. The details are important for middlemen — including the banks or financial institutions who will issue the CDRs in yuan based on the underlying foreign-currency denominated shares, and the brokerage firms who will be the market-makers for the CDRs. These participants will play a key role in determining the success of the pilot program.

Caixin has learned from regulatory sources that the CSRC will not adopt the normal convertibility arrangements used in other markets.

“Looking at capital markets in other economies, the free convertibility between depositary receipts and the original shares has had successes and failures,” a regulator familiar with the matter told Caixin. “On the convertibility between CDRs and the original shares, the CSRC still needs to carry out prudent research with related departments, and then reach a clearer conclusion and introduce more detailed rules."

The lack of details on convertibility has disappointed many in the markets.

“However, China still implements certain capital controls and the yuan is not yet freely convertible, so from the perspective of promoting financial-market stability and undertaking reforms in a prudent way, the market currently expects that CDRs and the original securities will not be convertible, or that there will be cap on convertibility.”

There are already companies whose securities are simultaneously traded in yuan on the mainland and in Hong Kong dollars in Hong Kong. There is usually a certain spread between the two shares resulting from the exchange rate and differences in how investors value the company. Traders and market makers can take advantage of this difference.

This situation could also exist between the underlying foreign-currency denominated shares and the yuan-denominated CDR, were there to be free convertibility.

However, if there is no convertibility, then valuation gaps between the underlying shares and the CDRs could become larger and more volatile as market-makers are faced with foreign-exchange controls. And as this scenario would make CDRs less attractive to investors, market-makers would also have to bear the risks of lower trading and liquidity.

In response to market concerns, the regulatory source familiar with the matter told Caixin that a series of documents related to the CDR pilot program are in the process of being drawn up and that reviews of CDR applications could begin as soon as next month.

Friday's announcement came one month after China’s State Council, the country’s cabinet, published broad criteria promoting eligible firms in areas such as big data, artificial intelligence and the internet to list on mainland bourses by issuing CDRs. The guidelines said overseas-listed Chinese companies with a market value of more than 200 billion yuan ($31.4 billion), or first-time-listing companies with a capitalization of no less than 20 billion yuan and revenue of at least 3 billion yuan in the past year, could apply for a listing through the mechanism modeled after the U.S. model of American Depositary Receipts.

The draft rules, which are open for public consultation until June 3, require issuers of CDRs to ensure simultaneous information disclosure in China and overseas markets, and compel issuers with variable interest entities, a popular structure adopted by Chinese firms listed offshore, to fully disclose potential risks to mainland investors. In a separate document (link in Chinese) on Friday, the CSRC said it would also allow companies to list shares through the form of depositary receipts under the forthcoming Shanghai-London Stock Connect.