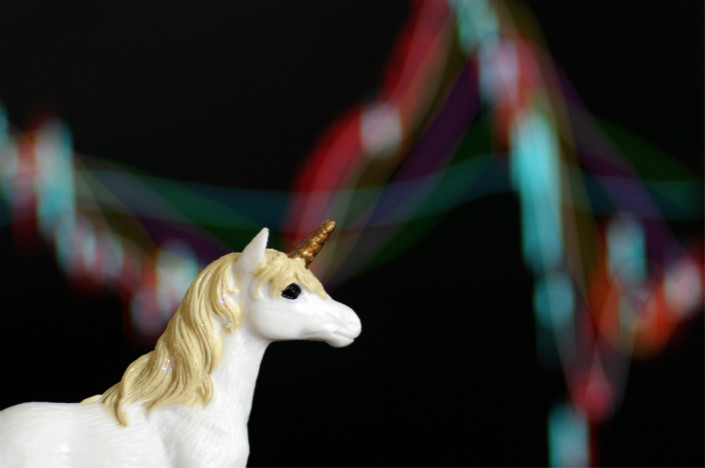 After unveiling a pilot program designed to bring big tech firms back to mainland exchanges, China’s securities regulator is clearing hurdles to going public for unicorns and other companies that have yet to make a profit. Photo: VCG

Unprofitable Chinese companies will for the first time be able to list on domestic stock markets under new government proposals to encourage innovative businesses in high-tech and emerging industries to raise money on mainland bourses.

The China Securities Regulatory Commission (CSRC) is relaxing rules that stipulate companies who want to launch initial public offerings (IPOs) on the two main exchanges and the ChiNext startup board must be profitable or have a history of profitability, according to revised listing criteria released by the watchdog (link in Chinese) on Friday.

The changes, which are open to public feedback until April 30, are part of a broader package of measures to lure enterprises in new-economy industries to the domestic stock markets. These include a trial program allowing overseas-listed companies to issue Chinese depositary receipts (CDRs), or certificates representing shares listed on another country’s stock market that can be traded on the mainland.

“The existing listing criteria can no longer meet the needs of innovative companies and urgently need to be improved through reform so that the capital markets can better serve the real economy, support the country’s strategy to promote innovation and cultivate new growth engines for the economy,” the CSRC said in a statement on Friday.

The government imposed China’s strict rules on profitability many years ago in an effort to protect stock market investors from money-losing companies with no record of profitability. But the regulations have been a tough hurdle for many innovative companies in emerging industries that the government wants to encourage. Because their losses have barred them from listing on the mainland, many have instead chosen to float on overseas stock markets, mainly in Hong Kong and the U.S. Now the government wants encourage these companies to list on domestic exchanges and give Chinese investors the ability to buy their shares.

Companies eligible for the pilot program include those in high-tech or strategic emerging industries, such as the internet, big data, cloud computing, artificial intelligence, software and integrated circuits, high-end equipment manufacturing and biotechnology, the CSRC said.

In addition to wooing unlisted tech startups and so-called unicorns, which are startups valued at more than $1 billion, regulators are also targeting big tech giants, including Alibaba Group Holding Ltd. and JD.com Inc., which are listed on the Nasdaq Stock Market in New York.

The CSRC said it will choose companies for a pilot program to test the revised regulations, although it has not specified how many will take part. Caixin has learned that potential candidates will be assessed by a review panel whose members will include experts in technology and innovation, such as academics, entrepreneurs and senior investment bankers. They will assess a company’s eligibility based on factors that include its business model, strategy, investment in research and development, product innovation, and competitiveness.

In addition, about seven overseas-listed Chinese tech giants would be eligible to take part in the pilot project, which will include the CDR program, allowing companies already listed overseas to obtain a secondary listing back home.

The companies selected for the pilot program will be exempt from the current listing criteria on profitability, which require candidates for listing on the main board to have a cumulative profit of 30 million yuan ($4.78 million) in the previous three financial years and no losses in latest financial period.

The pilot program will de-emphasize profitability and give more weight to other factors such as the value of the company, its potential growth, industry trends and social impact.

According to the new rules, companies valued at no less than 20 billion yuan and with revenue of at least 3 billion yuan in the last financial year are eligible to take part in the pilot program. Some fast-growing companies that own leading technology and have a competitive edge among their peers will also considered, the CSRC said.

The commission said it will also take investor protection into account when selecting companies for the pilot. Candidates will have to promise not to do anything to harm the legal interests of domestic investors and follow the investor protection system. Controlling shareholders and senior managers will not be allowed to sell any of their shares until the company starts generating profits after going public.