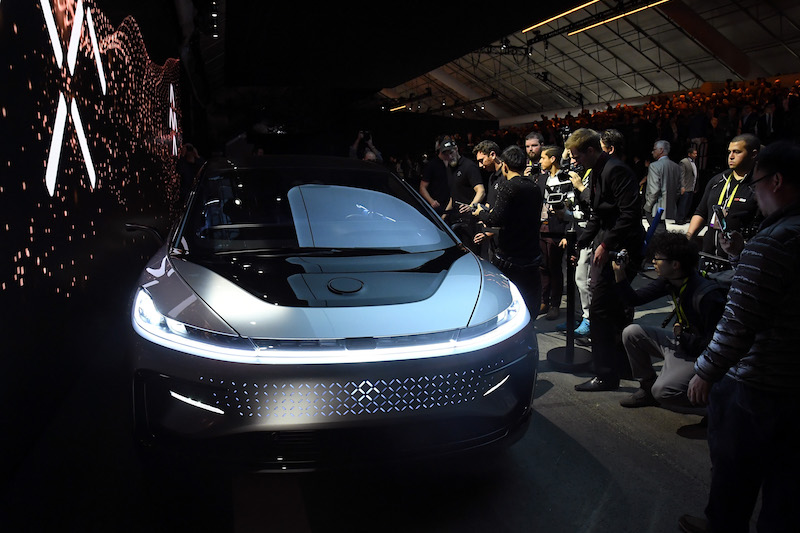 The much-needed cash injection could help Faraday deliver its first flagship electric car. The debut has been delayed multiple times as the company faces a cash shortage, a rash of executive departures and its founder’s legal troubles in China over unpaid debts.

With the transaction, Evergrande Health Industry Group Ltd. will become the largest shareholder of Faraday Future.

There is speculation that the one of the milestones might be the mass production of Faraday Future’s flagship electric car model, the FF91, which could challenge the Tesla Model S.

Evergrande will also name two directors to the Smart King board, including the chairman, according to the announcement.

Faraday Future said in a press release that Jia would remain the chief executive officer of the company. Jia owns a 33% stake in Smart King but still holds controlling voting power through a dual-class share structure. He gets 10 votes per share while Season Smart has just one vote per share.

According to the announcement, Jia’s voting power will be transferred to Season Smart if he fails to “fulfill certain duties” under the terms of a shareholder agreement.

Jia has been blacklisted as a debt defaulter by Chinese regulators after he failed to repay about 480 million yuan ($73 million) in debt owed by LeEco, once a star Chinese tech company that Jia founded.

Jia has remained in the U.S. since March 2017 to “focus on his electric car dream,” in Jia’s words, and defied the authorities’ orders to return to China to repay debts.

But the electric car business has also stumbled. Faraday Future had planned to build a $1 billion electric car factory in Nevada in 2016. But it abandoned the plan because of funding problems.

Instead, Faraday Future leased and refurbished an old tire-making facility in Hanford, California, to produce the FF91.

Faraday Future has been pushing to get mass production of the FF91 underway by the end of 2018. But it’s very likely the company couldn’t meet the goal, an engineer at Faraday Future recently told Caixin.

In April, a local affiliate of Faraday Future won a bid for 98.8 acres of land in Guangzhou for 364.1 million yuan to build a car assembly plant.

It’s widely speculated that Evergrande Chairman Xu Jiayin might have helped Faraday Future to win the land bid. But Evergrande denied it had any relations with the land bidding at the time.