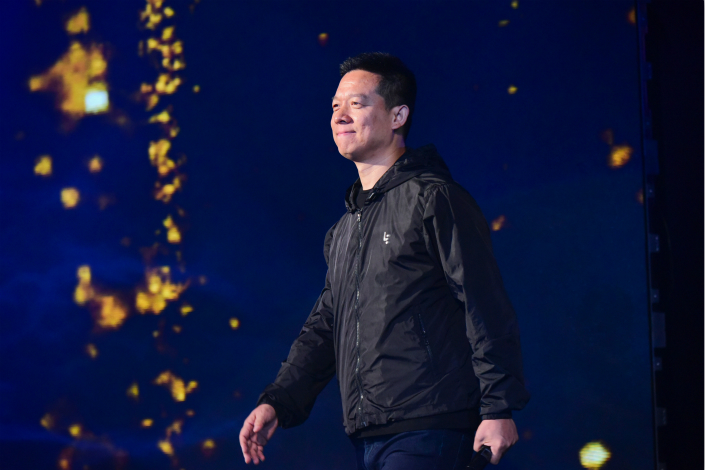 Embattled tycoon Jia Yueting now has another excuse to disobey official orders to return to China to repay the mounting debt owed by his companies — he cannot take trains or fly within the country’s borders.

Jia, founder of LeEco, once a star Chinese tech company, has been barred indefinitely from traveling via train and air in China, according to a list published by creditchina.gov.cn Friday.

The web portal is an official credit database run by the National Development and Reform Commission, China’s top economic planning agency, and the People’s Bank of China, the central bank.

The blacklist, the first of its kind, contains the names of more than 160 people — including Jia’s sister, Jia Yuefang — who have been found to have defaulted on their debts, behaved in an unruly manner during air or train journeys in China, or have otherwise violated air and train safety regulations.

Jia, who has since mid-2017 spent most of his time in the U.S. to focus on his electric car business Faraday Future, was officially listed as a debt defaulter in December after a Beijing court ruled that he had failed to repay about 480 million yuan ($74.9 million) in debt owed to Ping An Securities.

This rogue-debtor status means Jia is also banned from high-rolling activities such as playing golf or staying in luxury hotels, as well as buying real estate.

He was ordered by the Beijing branch of the China Securities Regulatory Commission to return to China before the end of 2017 to fulfill his duties as the de facto controller of LeEco, in order to help solve the company’s problems and protect the interests of its investors.

Jia and his sister, who has served as his proxy in his absence, were earlier criticized by the stock market regulator for withdrawing their loans from LeEco while the company was in the middle of a crisis.