Will LeEco Founder Obey Regulator and Return to China?

By Zhang Yu and Zhang Qizhi 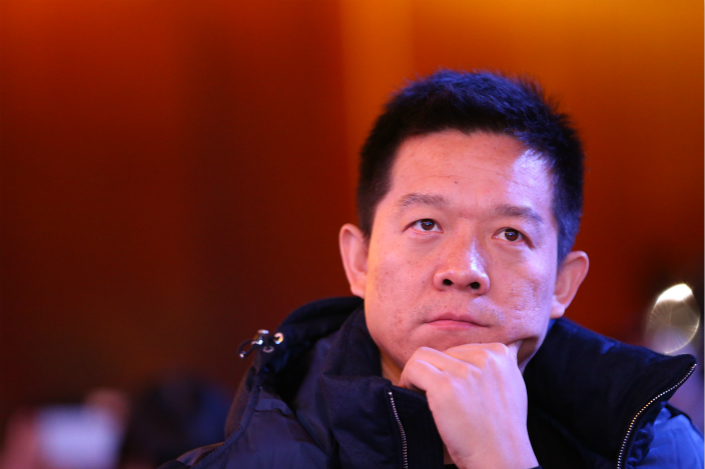 Despite its demand that Jia Yueting return to China before the end of the year, China’s securities regulator cannot compel LeEco’s founder to come back from the U.S., where he currently resides. Photo: Visual China

China’s security regulator has asked Jia Yueting, the founder of embattled technology firm LeEco, to return to the country to “fulfill his duties” to the company’s investors.

On Dec. 25, the Beijing branch of the China Securities Regulatory Commission (CSRC) demanded Jia come back to China before the end of the year, perform his duties as the de facto controller of LeEco, help solve the company’s problems and protect investors’ interests.

However, the commission has no power of enforcement and cannot compel Jia to return to China from the U.S., where he currently lives.

This is not the first time that China’s securities authorities have reached out to the troubled tech guru. On Dec. 6, the Beijing Security Regulatory Bureau reached out to Jia and his sister Jia Yuefang, criticizing them for withdrawing their loans from LeEco while the company is experiencing a crisis and also demanding that Jia return to China.

LeEco has been struggling since last year, after Jia first admitted in November 2016 that he had expanded too quickly into a number of new areas outside the company’s core online video service, such as like smartphones and new-energy cars. Since then, many of LeEco’s suppliers and business partners have complained of unpaid bills, forcing the company to seek new funds.

Amid the debt crisis, LeEco founder Jia Yueting has stepped down from his posts as legal representative and chairman of the listed arm. But he vowed in early July to take responsibility for his debts to suppliers and financial institutions. Jia has provided credit guarantees for many of LeEco companies’ debts.

On December 12th, Jia Yueting was listed as a defaulter by a Beijing court, the fourth time he had been listed.

Despite these notices, Jia has continued to promote his electric automobile business, Faraday Future. On the day the CSRC issued its announcement, he posted a picture of a Faraday Future facility on his Sina Weibo account, a Twitter-like microblogging site popular in China.

Faraday Future has also experienced some turbulence recently, firing both its chief financial officer and chief technology officer on Nov. 10. From June to August, Jia put several estates he owns up as collateral to get a $14 million loan, which the company has said was used for research and operation costs.