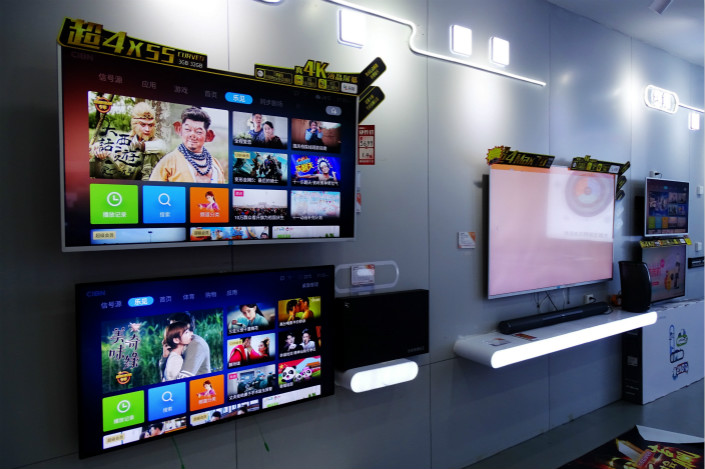 Leshi Internet and Information & Technology Corp. expects to report a loss of about 1 billion yuan ($152 million) in the quarter through October, reversing a 209 million yuan profit a year earlier. Photo: IC

The listed unit of struggling online video company LeEco said its losses accelerated in the third quarter, as it tries to fix its finances after the summertime ousting of founder Jia Yueting from most of his positions at the company.

Leshi Internet and Information & Technology Corp. expects to report a loss of about 1 billion yuan ($152 million) in the quarter through October, reversing a 209 million yuan profit a year earlier, according to calculations by Caixin using new data from the company. The latest quarterly loss would also mark a sharp acceleration from a 637 million yuan loss in the first half of the year.

The once-profitable company has continued to announce quarterly results despite a suspension of its shares since April, as its internal cash crunch accelerated. It said last week the shares would remain suspended because of “significant and unprecedented issues” related to a restructuring plan now in the works.

“During the period the company’s reputation and credit were affected by an associated capital crunch, the impact of a liquidity storm and ever-increasing fermenting public opinion, causing a big drop in its advertising revenue,” Leshi wrote in a statement warning of the latest quarterly loss on Friday. It added that revenue from its device sales and service fees also fell sharply for similar reasons.

LeEco has been struggling for the last year, after Jia first admitted in November that he had expanded too quickly into a number of new areas outside the company’s core online video service, such as like smartphones and new-energy cars. Since then many of LeEco’s suppliers and business partners have complained of unpaid bills, forcing the company to seek new funds. Jia was forced out of most of his roles in July, and the chairman of one of his new backers has since taken control.