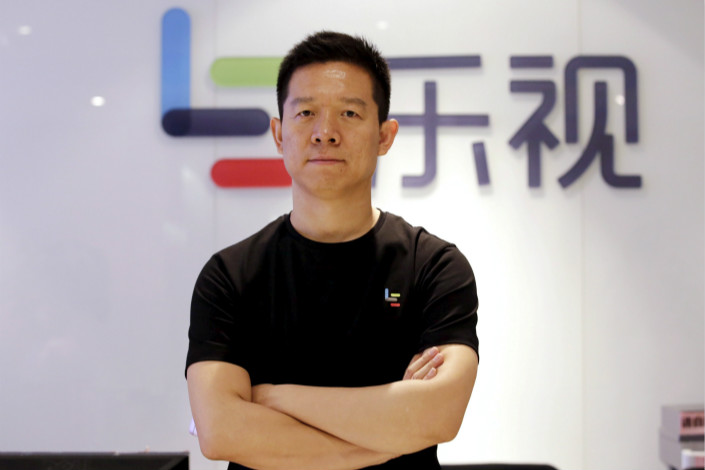 LeEco is trying to get back on track after suffering from a cash crunch for almost a year, which founder Jia Yueting (pictured) admitted was caused by his decision to expand the firm's interests too rapidly. Photo: Visual China

The struggling LeEco is hoping a name change will usher in a new chapter for the company as its prolonged cash crunch nears a one-year anniversary.

The change is cosmetic but also symbolic, and will see the online video firm add the word “new” to the name of its Shenzhen-listed unit, which will become New Le Shi Information & Technology Corp., according to a company filing to the Shenzhen stock exchange.

The change is still contingent on registration with the trademark division of China’s Ministry of Commerce, the company said. It added that its ticker symbol will remain the same, without commenting on when trading might resume for a stock that has been suspended since April.

LeEco explained that the listed unit underwent a series of strategic adjustments in the first half of 2017 in pursuit of its goal of integrating platforms, devices and content into an ecosystem of entertainment-related products and services.

LeEco’s troubles first burst into the headlines last November, when founder Jia Yueting admitted he had expanded too quickly by taking his online video company into a wide range of new areas including smartphones, new energy cars and filmmaking. The past year has seen many of the company’s suppliers complain about unpaid bills as LeEco struggled under a huge debt pile.

Real estate developer Sunac China Holdings came to the company’s rescue with a 15 billion yuan ($2.2 billion) cash infusion early this year, and in July pushed out Jia from nearly all of his roles at the company. Sunac Chairman Sun Hongbing has taken over at the helm of LeEco since then, and is in the process of trying to turn the company around.