By An Limin, Li Zengxin and Denise Jia 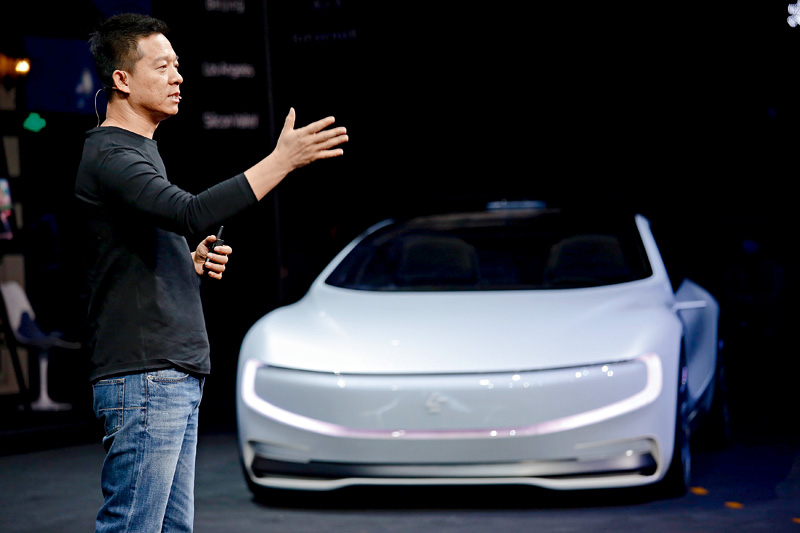 Faraday Future owner Jia Yueting reiterated on Tuesday that the electric carmaker won’t give up on its Nevada plant, but the cash-strapped company’s priority is to get its first model to market as soon as possible.

Faraday Future, the electric car start-up backed by the founder of China’s struggling online video firm LeEco, has voluntarily returned all the tax incentives it received from the U.S. state of Nevada, LeEco founder Jia Yueting confirmed on his Weibo blog.

Faraday Future has written the state of Nevada a check for $16,200, as well as forfeited about $620,000 in tax incentives, the Nevada governor’s Office of Economic Development told Caixin.

Staff at the governor’s office said the Faraday plant was no longer a “qualified project” and thus no longer eligible for the tax and land incentive package it received from Nevada. Faraday still owns the land it purchased for the plant.

In 2015, Faraday announced plans to build a $1 billion electric car factory in North Las Vegas. Manufacturing at the 3.4 million-square-foot plant was planned to start in the third or fourth quarter of 2018, with the capability of producing 150,000 cars per year, according to the document filed to the state.

But plant construction stalled last year when the company’s primary investor Jia ran into severe financial difficulty in China, including a government-decreed freeze on assets. Jia was also forced to step down from LeEco’s publicly traded company.

Faraday said in July that it was temporarily putting the brakes on the Nevada factory.

Instead of a more ambitious plan to build a factory from scratch, the company announced in August that it would lease and refurbish an old tire-making factory in Hanford, Calif., to make the FF91, the company’s first electric sedan.

Jia reiterated in his Weibo post on Tuesday that Faraday wouldn’t give up its Nevada plant, but that the cash-strapped company’s priority now is to get the FF91 to market as soon as possible.

The Hanford factory is expected to begin production by the end of 2018. Faraday hopes to able to make around 10,000 cars a year.

Krause said Jia has agreed to sell some of his U.S. assets to serve as bridge funding until the Series A money comes in.

A source close to Faraday told Caixin that the company plans to obtain half the $1 billion funding in the third quarter of 2017, and the rest next year.

Jia was spotted in Hong Kong earlier this month where he was to meet potential investors for Faraday.

LeEco previously said that Jia had invested $300 million in Faraday for an undisclosed stake in the company.