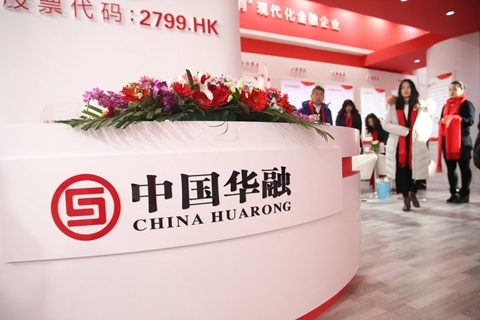 China Huarong Asset Management Co. is rushing to issue up to $1.1 billion in bonds before June 30 so that auditors can use the financial statements in the company's 2017 audit. Photo: VCG

Bad-debt manager China Huarong Asset Management Co. Ltd. plans to issue $1.1 billion in U.S. dollar bonds, the first of several offshore issuances planned in the next 12 months to raise up to $11 billion.

Huarong is rushing to issue the bonds before June 30 so that auditors can use the financial statements in the company’s 2017 audit, sources told Caixin. Regulators require auditors to use the company’s current-year report for bonds issued in the second half of the year. Huarong’s 2017 report is expected to be much stronger than its 2018 statements as the state-owned firm was rocked by the fall of its chairman, Lai Xiaomin, in April.

Huarong is also planning to reopen a 10-year bond offering that it first issued in April 2017, issuing an additional $150,000 worth of notes, according to its regulatory filing.

The Bank of China, the Industrial and Commercial Bank of China, and Hongkong and Shanghai Banking Corp. Ltd. are the joint lead bookrunners for the new issuance, while the Bank of Communications, China Minsheng Bank and Bank of Jiangsu Co. are cornerstone investors. Goldman Sachs, which has participated in many of Huarong’s earlier offshore bond issuances, is absent from the latest issuance, sources told Caixin.

China Huarong was created in 1999 as one of the country’s four state-owned asset management companies to digest and dispose of nonperforming loans from banks. During Lai’s tenure, which began in 2012, Huarong underwent a radical transformation marked by the rapid expansion of assets, liabilities and business scope.

China Huarong began issuing large amounts of offshore bonds in 2014. Its total outstanding overseas debt stood at $23.5 billion as of Tuesday, according to Bloomberg News data.

Huarong was one of 11 institutions selected for a pilot program to more easily issue offshore debt by the National Development and Reform Commission (NDRC) in early 2017. Under the plan, companies are given a quota within which they can issue offshore bonds without first getting permission from the NDRC. Caixin learned that Huarong planned to issue $10 billion in medium-term notes last year, and that the NDRC increased the quota by $1 billion this year.