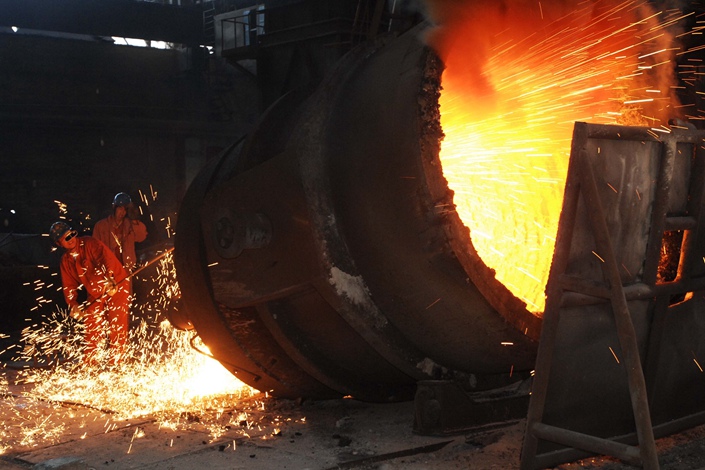 *Fushun Special Steel Co. Ltd. said “accounting errors” led to “inaccuracies” in its data about its assets, including inventory and fixed assets

*The company, which has had its shares suspended for five months over the fabrication of inventory data, warned investors that it could be delisted from the Shanghai exchange

The admission, which arrived five months after Fushun Special had its shares suspended from trading for fabricating inventory data, undermines the restructuring of its parent company, Dongbei Special Steel Group Co. Ltd., which emerged from bankruptcy last year thanks largely to a bailout from a private steelmaker.

In a statement released late Tuesday, Fushun Special admitted to making “huge accounting errors” from 2014 to 2016 due to “major defects in internal control systems” that resulted in “inaccuracies” in its data about its assets, including inventory and fixed assets.

Once a crown jewel of Liaoning province in the center of China’s heavy-industry heartland, Dongbei Special had been the country’s largest producer of special steel products, which are used in strategically important industries such as nuclear and aerospace.

Fushun Special, which was born out of a steel refinery established by the Japanese during the wartime occupation in 1937, has been a heavyweight producer for its parent since 1949, when the People’s Republic of China was founded.

Fushun Special listed on the Shanghai Stock Exchange in 1999, four years after it was named one of 512 important state-owned enterprises (SOEs).

Northeastern China has since fallen from its privileged status as China’s heavy-industry center as reforms shifted economic activity to the coastal regions farther south. Reforms targeting SOEs pushed the local economy to the brink of collapse and resulted in enormous layoffs of industrial workers.

In October 2016, Dongbei Special entered bankruptcy proceedings on a court order, setting off a battle among the company, its 1,911 creditors, local officials and potential investors.

Shagang took over management of Dongbei Special one month after the acquisition and began looking at its books. It later clarified that it would not be held responsible for any of the liabilities the company took on before August 2017, sources close to Shagang’s senior management told Caixin.

As the audit dug deeper, it unearthed financial irregularities at Fushun Special. In March, the China Securities Regulatory Commission launched an investigation of Fushun Special to determine whether the company violated information disclosure rules.

In May, Caixin found that Fushun Special was still operating despite being in deep financial trouble. The company had negative 1.15 billion yuan in net assets at the end of the first quarter of 2018, when it reported a net loss of 21.94 million yuan.

In its statement on Tuesday, it warned investors that it could be delisted from the Shanghai exchange.

Fushun Special’s statement said that its parent, Dongbei Special, will provide cash to help it avoid bankruptcy, but details of the bailout are still being worked out.