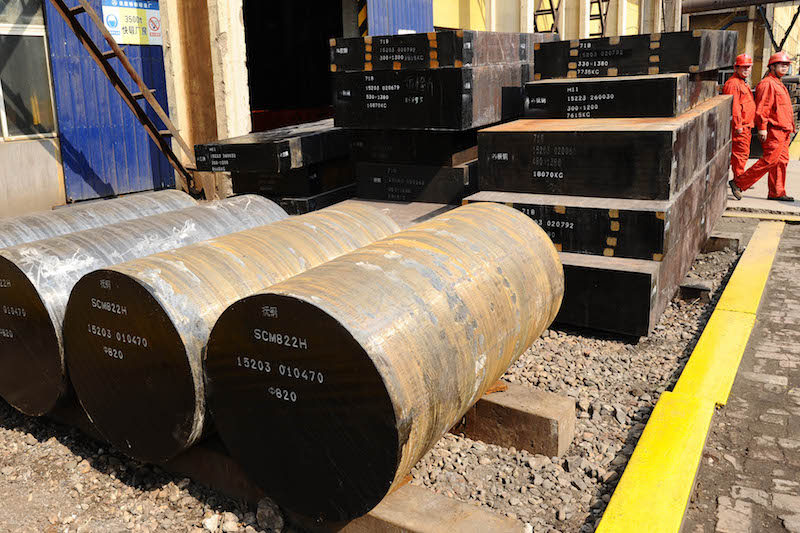 Shanghai-listed Fushun Special Steel may face delisting warning if it fails to release its 2017 annual report by June 30. Photo: VCG

The company “is actively drafting” financial reports for 2017 and the first quarter of 2018. But “there is risk that the work can’t be completed by the deadline and the company may be forced to delist” from the Shanghai Stock Exchange, the company said Monday in a filing.

Shares of Fushun Special have been suspended since January after it admitted falsifying inventory numbers. If Fushun fails to release its 2017 annual report by June 30, under exchange rules the shares will resume trading July 2 with a delisting warning.

If the company is unable to issue its 2017 annual report before Sept. 1, trading will be halted on Sept. 3 and the Shanghai Stock Exchange will make a decision within 15 days on whether the listing will be temporarily suspended. The company may be permanently delisted if it is unable to publish the annual report within the subsequent two months, according to Fushun Special’s filings.

Fushun Special, based in the northeast rust-belt province of Liaoning, had delayed its earnings reporting in late April due to a “large amount of work involved in restating financial figures.” The company said it was expected to publish the financial reports in the second half of May but warned it could miss the deadline.

Fushun Special was once the most profitable subsidiary of Dongbei Special Steel Group, which is China’s biggest bond defaulter. Securities regulators in March started an investigation of Fushun Special for violations of information disclosure regulations.

Fushun Special previously reported a profit of 111 million yuan ($17 million) for 2016, a 44% drop from 2015, and a profit of 67.5 million yuan for the first nine months of 2017, a slump of 49% from a year earlier. But in its January statement, the company warned that it might post a loss for 2017 and for earlier years once the accounts were restated following an internal investigation.

Fushun Special was excluded from the bankruptcy and restructuring of state-owned Dongbei Special in 2017 because it was considered a profit-making unit. Dongbei Special, which defaulted 10 times on billions of yuan worth of bonds, was revived after creditors agreed to a restructuring plan involving a 4.46 billion yuan investment led by China’s largest privately-owned steelmaker, Jiangsu Shagang Group Co.

A person close to Dongbei Special told Caixin in April that Fushun's inventory problems were found after Jiangsu Shagang came in as a strategic investor and conducted its own audit.