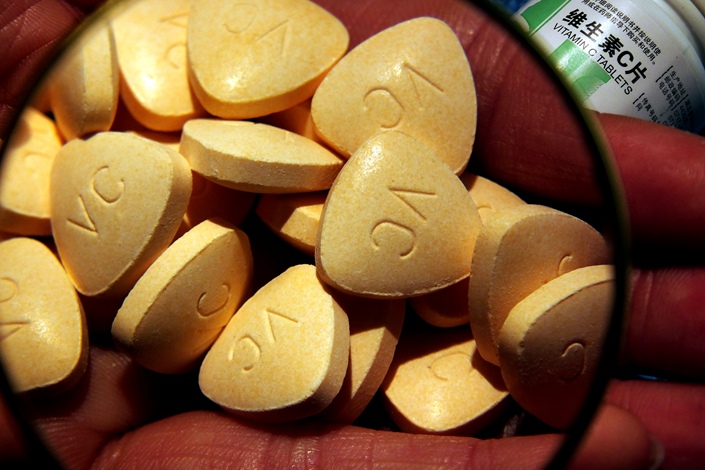 Editor’s note: The U.S. Supreme Court recently ruled unanimously against Chinese manufacturers of vitamin C in an antitrust dispute, Animal Science Products Inc. v. Hebei Welcome Pharmaceutical Co. The justices found that U.S. courts need not defer to a foreign government’s views when interpreting foreign laws. Eric Mahr, a prominent antitrust lawyer with a background as director of litigation in the U.S. Department of Justice’s antitrust division, is a Washington, D.C.-based partner in the international law firm Freshfields Bruckhaus Deringer. Mahr sat down with Caixin to discuss the ruling and its implications for Chinese companies.

Caixin: Can you walk us through the Supreme Court’s Animal Science Products decision?

Mahr: Several Chinese vitamin C manufacturers were sued by their U.S. customers for allegedly restricting output and fixing prices in violation of Section 1 of the Sherman Act, a U.S. anti-cartel law. The Chinese manufacturers did not deny the alleged conduct. Instead, they asserted that the Chinese government, through MOFCOM (the Ministry of Commerce), compelled them to engage in the conduct and therefore that their actions were protected under the doctrines of international comity and foreign sovereign compulsion. In an unprecedented move, the MOFCOM appeared in the trial court to confirm that the actions of the Chinese manufacturers were compelled by Chinese law. However, the U.S. trial court rejected MOFCOM’s position, characterizing it as “a post-hoc attempt to shield defendants’ conduct from antitrust scrutiny.” As the case moved through the U.S. appeal process, MOFCOM continued to participate in support of the Chinese vitamin C producers, eventually appearing before the U.S. Supreme Court to argue that U.S. courts should defer to MOFCOM’s explanation of Chinese law. This marked the first time that the Chinese government appeared before the U.S. Supreme Court. The Supreme Court ruled against the Chinese manufacturers, holding that when interpreting foreign law, a U.S. federal court is not required to afford the foreign government’s views binding deference. Instead, while it must give the foreign government’s interpretation “respectful consideration,” a U.S. court may consider contrary evidence from other sources, as well as the interpretation’s context, support and consistency with past positions taken by the foreign government.

Does this mean that U.S. courts will not respect statements from Chinese authorities?

No, not at all. The Supreme Court made clear that the decision not to require that the foreign government’s interpretation receive complete and binding deference does not mean it should be ignored entirely. To the contrary, the court held that lower courts should afford “respectful consideration” to a foreign authority’s views but are not “bound to defer” to that authority absolutely. The Supreme Court noted that its ruling is consistent with the treatment that the United States seeks for the U.S. government’s interpretations of U.S. law before foreign courts.

What does this mean for Chinese companies doing business in the U.S., and what can they do to reduce their risk of ending up in a U.S. court battle?

This decision potentially puts Chinese companies in a difficult position. Any company required by the Chinese government to act in a way that might violate U.S. antitrust law should be protected if the conduct is actually compelled. The Chinese company should, therefore, take extra precautions, such as seeking clear documentation from the government authority issuing the directive confirming that the company’s conduct truly is compelled under Chinese law. This documentation should come from the highest authority possible and should unambiguously state that the company has no choice but to follow the government’s directive. Contemporaneous corporate documents citing Chinese law as the reason for certain conduct would provide further protection. In addition, the company should ensure that it does, in fact, comply with Chinese law and avoids making any statements or taking any action to suggest that its actions are in any way voluntary. For example, in the Animal Science Products case, the Supreme Court specifically noted that, during the relevant time period, the Chinese vitamin C manufacturers had the ability to opt out of any obligation to comply with MOFCOM’s pricing instructions.

What other recent U.S. legal developments may affect Chinese companies?

There is another case in U.S. courts right now that may have an impact on Chinese companies, especially those that are majority-owned by the Chinese government. In the case In re Cathode Ray Tube (CRT) Antitrust Litigation, foreign CRT manufacturers were accused of dividing markets and agreeing to cut supply to drive up prices. Two Chinese defendants named in the case, Irico Group Corp. and its subsidiary, stopped defending the claims in 2009. Fast-forward to 2017, by which time the plaintiffs had obtained over $200 million in settlements from other defendants. The plaintiffs moved for a default judgment against the Irico defendants, seeking $2.5 billion in damages. The Irico entities moved to dismiss the case arguing that, as SOEs (state-owned enterprises), they were immune from liability under the Foreign Sovereign Immunities Act, which limits claims against foreign sovereigns. The court held that the Irico entity, which was majority-owned by the Chinese government, had asserted a “potential meritorious defense.” Although the Irico defendants have not yet perfected the sovereign immunity defense, the case may provide a potential road map for Chinese SOEs accused of wrongdoing in the U.S.

Do you see common themes across these cases?

Yes. Chinese companies’ economic expansion will increase antitrust scrutiny of their conduct in the U.S., Europe and elsewhere. This risk is greater because this global expansion of Chinese companies will make it easier to investigate and enforce judgment against those companies outside the PRC. In order to manage these risks, Chinese multinationals will now need to develop and implement the same kinds of world-class compliance programs that have become the norm for multinationals elsewhere around the world.