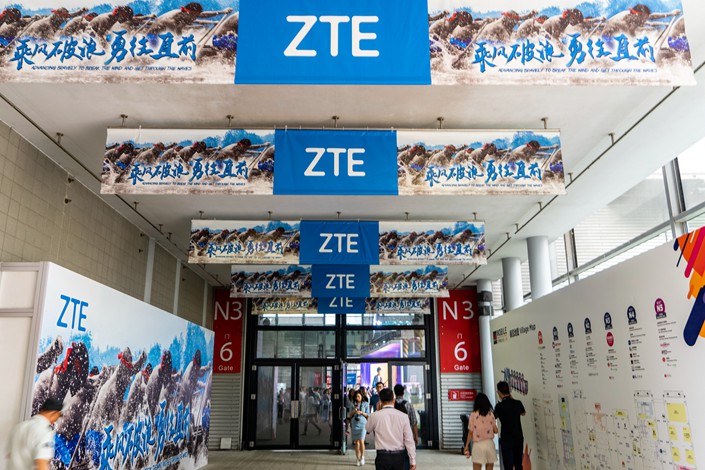 ZTE Corp. has been allowed to temporarily resume importing U.S.-made equipment to support its core operations, the U.S. Department of Commerce said, as the embattled telecom giant waits for Washington to permanently lift a crippling ban on the company.

The case dates back more than five years, and centers on ZTE’s sale of U.S.-made products to Iran in violation of Washington sanctions aimed curbing the country’s nuclear program. More recently the case has also gotten caught up in trade frictions between Beijing and Washington, and has cast a spotlight on Chinese high-tech firms’ high reliance on imported technology.

The company is currently banned from purchasing all U.S.-made equipment, but has reached an agreement to lift that ban pending final action in Washington.

In the meantime, the Commerce Department’s Bureau of Industry and Security has authorized the company to resume buying U.S.-made equipment to support existing operations for its two main business lines making networking equipment and smartphones, the U.S. agency said in a document dated Monday. The document added that ZTE’s U.S. suppliers could also inform the company of information regarding vulnerabilities in their products, and that ZTE could make payment to such companies.

The new authorization is effective from July 2 through Aug. 1.

Investors have fretted about the company’s prospects since the crisis began in mid-April. China’s second-largest telecom-equipment maker was forced to shut down most of its operations shortly after the crisis began, and called the ban a threat to the company’s existence. Beijing later intervened and made the resolution of the matter part of larger ongoing trade talks with Washington.

Under the two sides’ settlement, ZTE has agreed to overhaul its top management, pay a $1 billion fine, and put another $400 million into an escrow account that can be used for future penalties if it fails to uphold the settlement terms. Late last week the company announced it had replaced its entire board, which was one of the conditions of the agreement.

Last week the company also said it was still waiting for Washington to lift the ban, and that it expected that it could resume operations within two weeks of that happening.