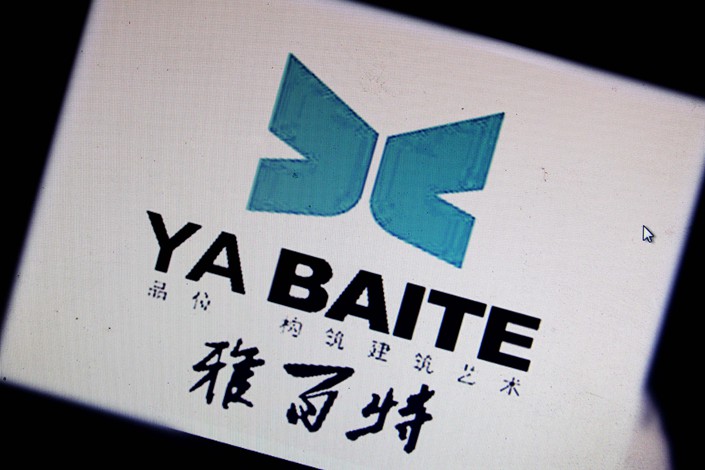 Jiangsu Yabaite Technology Co. Ltd. may become only the second company to be kicked off a Chinese mainland stock exchange for fabricating information in its financial reports. Photo: IC

The company, whose case has been passed on to public security officials, was fined last year for fabricating a contract for a nonexistent transit project in Pakistan.

Forced delistings are extremely rare on China’s stock exchanges, as regulators are concerned about upsetting retail investors, who do the majority of the trading on China’s exchanges. Only eight companies have been forced out of the market since 2012, mostly for failing to make a profit for more than three straight years.

Only one company has been kicked off a Chinese mainland exchange for falsifying information in financial reports — Zhuhai Boyuan Investment Co. Ltd., which was delisted in 2016.

As the country seeks to clean up its equity market, China’s two mainland stock exchanges issued a draft of tougher delisting rules in March that would make it easier for them to give listed companies the boot.

For certain types of wrongdoing, companies are allowed under existing rules to have their share suspensions lifted once they rectify their misconduct, fire the executives responsible, and compensate investors. Under the new rules, however, the companies will still have to delist.

Yabaite was fined 600,000 yuan ($90,400) in December for fabricating an overseas contract, and inflating revenues and profits. The company inflated its revenues by 583 million yuan and its profits by 256 million yuan from January 2015 to September 2016 by conjuring an infrastructure project in Pakistan and other nonexistent trade deals, according to the China Securities Regulatory Commission.

The company touted the project as a contribution to China’s Belt and Road Initiative, according to its 2015 annual report. The phony project and relate deals boosted Yabaite’s annual profit by 73% in 2015, the CSRC said.

On Friday, Yabaite’s stock price fell by the daily trading limit of 5% for shares with a risk warning attached. The shares were trading at 4.75 yuan, less than half its price in mid-December and less than a quarter of its high in early 2017.