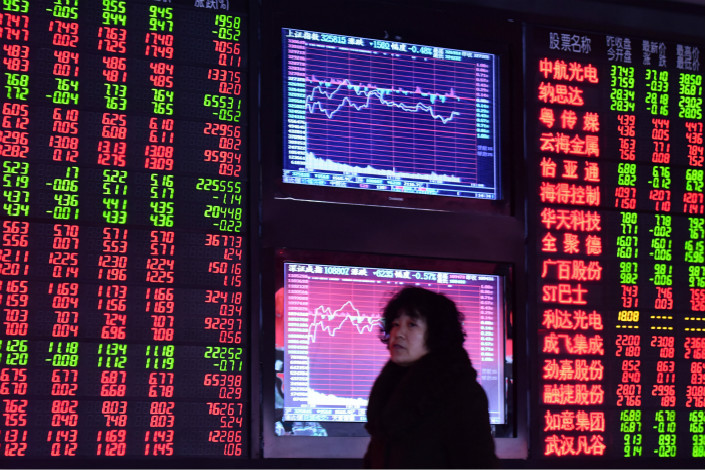 The Chinese mainland’s two stock exchanges are preparing to toughen regulations that could lead to more companies being delisted as part of a campaign to clean up the country’s equity markets.

The draft rules, published simultaneously by the Shanghai and Shenzhen stock exchanges, come as legislators at the annual session of the National People’s Congress call for harsher punishment for fraud in the securities market. They also follow an announcement by the China Securities Regulatory Commission (CSRC) that it is revising its delisting rules and will delegate responsibility for drafting and implementing specific new regulations to the bourses.

The aim is to “severely crack down on and curb share issuance fraud, unlawful information disclosure, and other illegal and irregular activities by listed companies that seriously undermine order in the securities market,” the Shenzhen exchange said in a notice on Friday.

The National People’s Congress (NPC), the country’s legislature, plans to revise the Securities Law this year, and lawmakers currently convening in Beijing for the annual session of parliament are calling for more severe punishment for offenders in the securities market to “raise the price for law violations.”

For example, NPC deputies led by Wang Jianjun, general manager of the Shenzhen Stock Exchange, have submitted a proposal to raise the maximum sentence for share issuance fraud to life in prison. The current maximum prison sentence is five years.

The latest changes to the delisting rules mainly involve tougher punishments for offenses already laid out in existing regulations. Six types of wrongdoing lead to delisting, including falsifying or omitting information to help secure regulatory approval for initial public offerings (IPO) or backdoor listings, where companies gain entry to the stock market by injecting their assets into listed shell companies.

Companies punished by the CSRC for improper disclosure more than three times within 60 months or found to have falsified profits in their annual report in an attempt to evade delisting would also be forced to quit the market. They currently face share suspensions of 12 months before they are delisted, but the draft regulations propose reducing the time to six months.

Under existing rules, companies are allowed to have their share suspensions lifted and resume trading once they rectify their misconduct, sack the executives responsible and compensate investors. But the new rules specify that transgressors will have to delist.

Companies who are delisted for fraud relating to share issuance will be banned from ever relisting, according to the draft rules. Those delisted for other reasons will have to wait for five years before they can submit applications to return to the stock market, compared with only one year under existing regulations.

More than 3,500 companies are listed on China’s two stock exchanges, but there have been very few delistings. Only eight companies have been forced to quit the market since 2012 and six of those were due to their failure to return to profit after three consecutive years of losses. Forced departures have been extremely rare due to regulators’ concerns that such actions could threaten social stability by triggering discontent among individual investors and an abrupt drop in trading volumes on the two stock markets.

In 2016, Zhuhai Boyuan Investment Co. Ltd. became the first company to be delisted for reasons other than losing money after it was found to have falsified profits in its financial reports. Dan Dong Xin Tai Electric Co. Ltd. was delisted in 2017 by the Shenzhen bourse for fraud relating to its IPO.