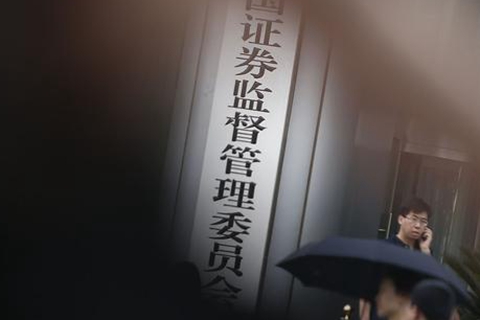 China’s top securities regulator says it slapped punishments on 22 securities intermediaries over the past two years, part of its tightening of oversight of capital markets.

“Moving forward, the (China Securities Regulatory Commission) will continue efforts to strictly regulate the market and crack down on illegal activities, in order to promote healthy development of the market based on adequate information disclosure,” CSRC spokesman Chang Depeng said at a Friday news conference on results of inspection of intermediaries.

The regulator is now routinely inspecting intermediaries, Chang said, such as brokerages and fund managers who act as middlemen between investors and markets, and accounting and law firms that offer services for securities-related businesses.

The 22 intermediaries were punished for such violations as failure in business compliance, flaws in due diligence and falsification of information. Several companies and individuals have been suspended or banned from the market, according to Chang.

The honesty and the trustworthiness of intermediaries are critical to investor protection and market order, Chang said.

The CSRC has filed 38 cases against securities intermediaries over the past two years, almost double the number of cases filed in the previous two years.

In May, the CSRC suspended Guangxi-based Sealand Securities from launching new asset-management products for a year after a probe into its business found its internal management as “chaotic.”

CITIC Securities, the country’s largest brokerage by revenue, was fined more than 300 million yuan in May for breaking margin-financing and securities-lending rules.

The tightening grip is part of a broader CSRC campaign begun last year to clean up market wrongdoing, following the stock market meltdown in the summer of 2015. Liu Shiyu, the CSRC chairman since February 2016, launched a sweeping crackdown on market violations. Liu has said repeatedly that the CSRC will fight against illegal practices with zero tolerance.

The CSRC has handed out 206 punishment decisions for all sorts of market violations this year, with fines totaling a record 7.3 billion yuan ($1.1 billion). The biggest CSRC fine this year was a 3.47 billion yuan fine on Xian Yan, chairman of P2P Financial Information Service Co., for stock-market manipulation.