By Wu Xiaomeng and Pan Che 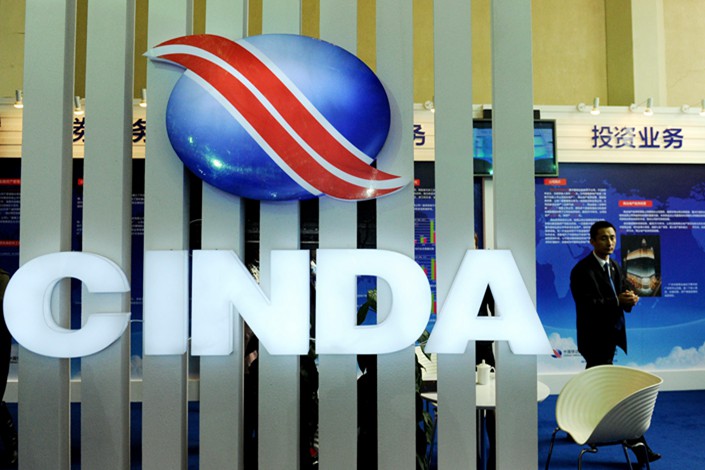 China Cinda Asset Management Co. Ltd. registered the 10 billion yuan ($1.5 billion) special fund with the goal of helping companies accelerate their exit from bankruptcy by providing liquidity to help them pay off their debts, Liang Qiang, assistant to the president of Cinda, said during a regular briefing of the China Banking and Insurance Regulatory Commission.

Bankruptcy proceedings can involve a series of parties — the local government and creditors, including as financial institutions and both current and past employees — with each having competing demands, said Chen Yanqing, another assistant to the president of Cinda. Given so many competing interests some bankrupt companies don’t have enough cash to cover what they owe — such as taxes, salaries and wages, social security contributions and severance packages for laid-off workers — preventing the proceedings from reaching completion.

Commercial banks are unable to extend loans to such troubled firms, which created a niche market that the AMC is able to address, Chen said.

“Some of these companies should have been eliminated by the rules of the marketplace, but when it comes time for liquidation, they face problems such as how to tackle the fees they owe,” Liang said. “If these problems cannot be resolved, the bankruptcy proceeding will be interrupted.”

As of the end of June, the special fund has already invested 158 million yuan in such companies, Liang said, adding that other projects are underway. Companies in the equipment manufacturing, steel and logistics industries have been the main beneficiaries of the fund.

The central bank announced on June 24 that it would reduce by 0.5 percentage point banks’ reserve ratio rates (RRR), the share of overall deposits that commercial banks and saving institutions are required to park at the central bank, releasing a total of 700 billion yuan in funding. The RRR was 16% for large banks and 14% for smaller banks before this latest cut, which took effect Thursday. It was the third cut this year.

Debt-for-equity swaps should be considered not only a way to shift the debt on a company’s balance sheet to equity, but also as an opportunity for the companies to restructure and phase out antiquated production capacity, Chen said.

About two decades ago, China created four large asset management companies, including Cinda, to help China cushion the impact from the Asian financial crisis by taking bad loans off the books of China’s largest banks. The AMCs have played a crucial role in defusing the bad loan crisis of commercial banks and in debt-for-equity swaps for state-owned enterprises, Liang said.