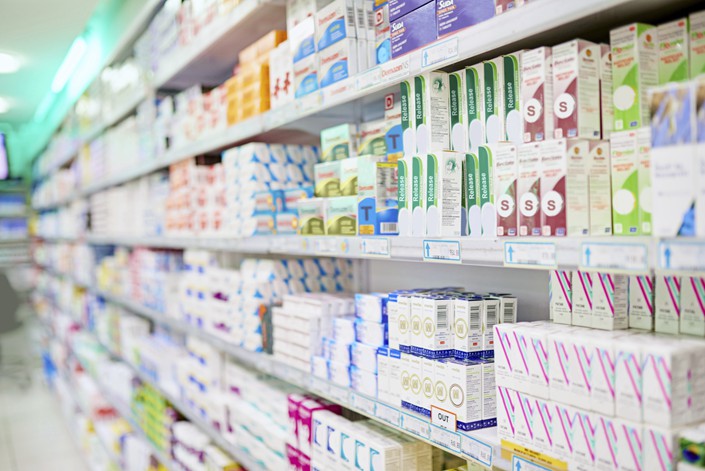 As of mid-2017, there were 6,000 drug applications awaiting approval in China. Photo: VCG

Pharmaceutical companies will soon be able to apply for approval for some new medicines simultaneously inside and outside of China, according to new regulations issued by the country’s drug authority.

China’s State Drug Administration on Tuesday published the first detailed guidelines for accepting clinical trial data obtained outside of the country, a major step toward removing the time lag that forces patients in China to wait years before they can use new drugs approved overseas.

The guidelines will place clinical trial data for new drugs into three categories — fully accepted, partially accepted and rejected data. Most drugs will have to fulfill all criteria to become “fully accepted,” including proving that they do not have significant differences in efficacy between different ethnic groups. But some drugs like so-called orphan drugs, designed to treat rare diseases, can gain approval in China even if they only fulfill the conditions for being “partially accepted.”

Before this, companies based outside of China had to conduct additional clinical trials for six to 10 months within the country to gain access to its market. This resulted in a long gap between a new drug getting approved outside of China and in China. Merck’s quadrivalent human papillomavirus (HPV) vaccine Gardasil, which helps prevent cervical cancer, has been available in many countries since 2006, but Chinese patients had to wait 11 years to access the vaccine, which finally received approval from the country’s drug authority last year.

At the same time, the country has been left with a massive backlog of drug approval registrations. As of mid-2017, 6,000 applications were still awaiting the green light. Chinese regulators approved just over 100 new drugs between 2001 and 2016.

China has made moves toward reforming its drug approval process in recent years, introducing a proposal to accept overseas clinical trial data last year, and making exceptions for drugs like the updated Gardasil 9 vaccine, which was approved this year by Chinese authorities in just nine days.

Aside from foreign pharmaceutical companies, Chinese firms developing their drugs abroad could also benefit from the new policy, said Shi Luwen, director of the Department of Pharmacy Administration and Clinical Pharmacy at Peking University. But while the shortened wait to reach the Chinese market will reduce research and development costs for drugmakers, this might not necessarily lead to a reduction in prices for Chinese patients, especially for drugs that are still within their patent period, Shi told Caixin.

Patients in China have long complained about high drug prices, especially for life-saving drugs — an issue that has been pushed into the spotlight by the Chinese summer blockbuster “Dying to Survive,” based on the real-life story of cancer-drug smugglers. The country’s pharmaceutical patent laws make it illegal to domestically produce and sell generic copies of many expensive foreign drugs.