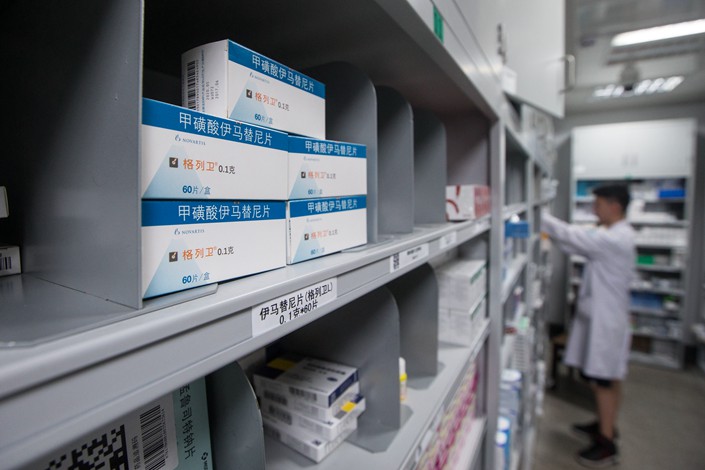 China’s new medical insurance authority said it will negotiate with pharmaceutical companies to lower prices of life-saving drugs, amid growing public scrutiny of the country’s drug pricing sparked by a box-office hit.

The surprise blockbuster — a black comedy called “Dying to Survive” — is based on the real-life story of a cancer patient who smuggled generic drugs from India into China because he and his fellow patients could not afford the brand-name versions approved for sale in the country.

It has raked in more than 1.3 billion yuan ($196 million) since its mainland debut on Thursday — putting it on pace to be one of the country’s highest-grossing domestic films ever.

Its popularity has brought attention to the plight of many in China who cannot afford drugs for major illnesses due to the country’s patent rules that prevent local manufacturers from producing generic versions of many drugs.

The State Medical Insurance Administration, established in June to improve access to health care in the country, is also working on reducing taxes on cancer-fighting drugs, and negotiating to add more treatments to its drug reimbursement lists, state broadcaster CCTV reported (link in Chinese).

China’s neighbor is one of the world’s largest producers of generic drugs, thanks to its unusual policy toward pharmaceutical patents. India is also the source of many medicines illegally imported into China.

China is bound by strict World Trade Organization rules on pharmaceutical intellectual property rights, which make it difficult for domestic manufacturers to copy patented drugs. In 2012, the country’s State Intellectual Property Office amended its patent law to allow local manufacturers to produce copies of patented drugs during emergencies or rare situations when there is an urgent need for the drug.

Last year, China’s Ministry of Human Resources and Social Security announced that it had added 15 expensive cancer drugs, which had all been proved effective, to national insurance reimbursement lists, lowering prices paid by patients for some drugs by as much as 70%. But many of the most effective life-saving drugs have still not been included on these lists.

Aside from laws protecting foreign pharmaceutical patents, Chinese patients are also affected by the low quality of the few domestically produced generic drugs that are available, Zhu Hengpeng, an expert in health care economics at the Chinese Academy of Social Sciences, wrote in a recent column. This is in large part caused by public hospitals’ domination of China’s retail drug market, Zhu said. Public hospitals stand to earn more from selling more-expensive drugs, meaning that it is difficult for producers of cheaper alternatives to break into a market dominated by these institutions.