By Zhang Lijun and Ke Dawei 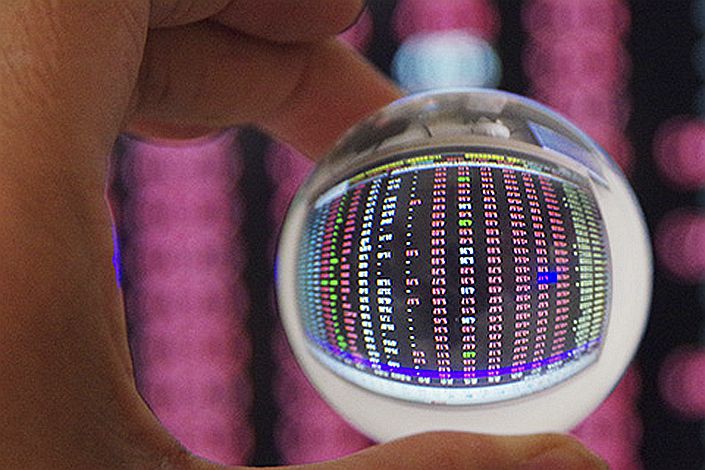 A former account manager of the Chinese Securities Depository and Clearing Co. Ltd. had been sentenced to three years in prison. Photo: VCG

He spent years using his privileged position to illegally access the accounts of China’s leading investors and imitate their stock market moves, embroiling his friends and family in the process. Yet his clandestine efforts earned Tu Jian just a sliver of profit.

He has been sentenced to three years in prison for using undisclosed information to make transactions after turning himself in, dragging his brother down with him.

The Chinese Securities Depository and Clearing Co. Ltd. (CSDC) is responsible for registering, settling and clearing business handled by the Shanghai and Shenzhen stock exchanges. Tu Jian had worked for the CSDC for 17 years when he was made an account manager in 2011, and started to access the accounts of public funds and security companies on the sly, according to the official court judgments platform (link in Chinese).

For three years, Tu engaged in what is known in China as “rat trading” — equities trading using information that will never be made public. Tu accessed information about the stock placements and investments made through more than 400 accounts of private equity funds and asset managers, and used that information to make his own placements.

According to the CSDC’s own rules, only the team charged with handling the funds and managers’ accounts should have been able to access them, with teams rotated every few months to reduce the risk of foul play. That Tu was able to access such accounts for so long raises questions about internal security within the clearance system that have not yet been answered.

Tu would pass on information he had gained about potentially valuable stocks to his brother over cellphones that would be destroyed and replaced every few months. His brother, mother and ex-girlfriends would then use their own securities accounts to make investments based on what he told them.

By these means, Tu managed to turn over 2.1 billion yuan ($315 million), according to the court report. However, despite imitating top investment funds for three years, he racked up profits of only 3.47 million yuan. He left the CSDC in 2014 and turned himself in for unknown reasons three years later. This week he received a three-year prison sentence with all his ill-gotten gains taken in compensation. His brother received a two-year sentence, despite claiming that he did not know the information was obtained illegally.

Rat trading remains a persistent problem in China’s securities markets despite the increasing government efforts to deal with it. Since 2014, the regulator has initiated 99 rat-trading investigations, leading to convictions of 25 fund managers and resulting in 15 others being banned from the industry. By comparison, the CSRC launched 59 rat-trading investigations from 1993 to 2013.

Last week the Ministry of Public Security announced that it is investigating allegations of rat trading at a fund-management company jointly owned by the Industrial & Commercial Bank of China and Credit Suisse Group.

Howard Liu contributed to this report.