On 20th Anniversary of First Live-TV Trial, a Call for Transparency 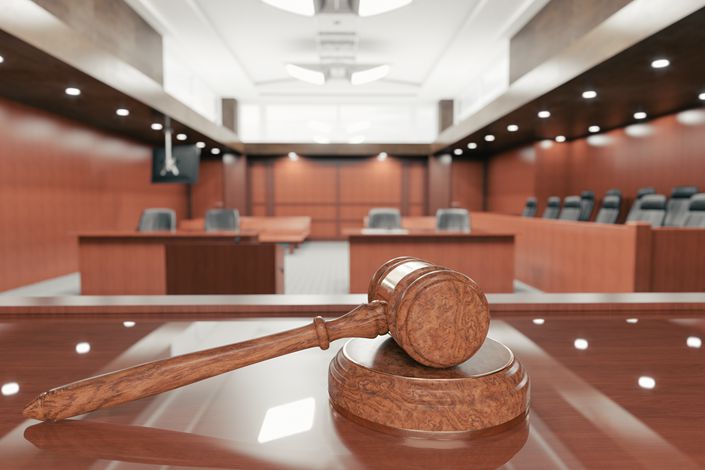 A copyright case heard by the Beijing No. 1 Intermediate People’s Court on July 11, 1998, was the first trial to be aired live by China’s state broadcaster. Photo: VCG

China should do more to increase the transparency of its judicial process, 20 years after the first live broadcast of a courtroom trial, legal professionals told Caixin.

A copyright case heard by the Beijing No. 1 Intermediate People’s Court on the morning of July 11, 1998, became a major milestone in China’s legal history when it was aired live by state broadcaster China Central Television (CCTV).

“After finding out that the trial would be broadcast live, we felt pressure from both above and below and were very nervous, because this was a first for the country, and there was no precedent to look to,” Ma Laike, now deputy head of the Beijing No. 1 Intermediate Court and a member of the 1998 trial’s collegial panel, told Caixin.

The trial pitted 10 film studios against three companies accused of copyright infringement, including production of unauthorized CDs. The defendants were eventually ordered to compensate the studios, which included the state-run August First Film Studio. The broadcast on CCTV ran for over four hours.

Collegiate panel members prepared extensively for the trial, not only to fulfill the requirements of the legal process, but also to ensure that most of the audience would understand the trial proceedings, Ma said.

The 1998 trial came amid a national push to professionalize the legal system and move away from mediation-based dispute resolution and toward increased use of the judicial process. The trial was a turning point in the lives of many of today’s China’s law professionals, said Ma Xiaogang, the founding partner of Beijing’s Hylands Law Firm and one of the plaintiffs’ attorneys in the 1998 case. “I’ve heard (law students) say many times, seeing the 1998 live broadcast was what made them want to go into law,” Ma said.

China’s trial broadcasts have evolved in the last two decades, with trials now aired on online platforms and social media apps Weibo and WeChat. As of Friday, over 1.15 million trials have been aired on China’s official court platform since it opened in September 2016, including 5,866 on Friday alone, according to a live tally on the platform’s website.

But the trials aired online represent just a fraction of all cases heard by courts in China, considering that 16.7 million legal cases were resolved in 2015, according to a report by the Supreme People’s Court. Courts can decide to hold “closed” trials, which members of the public cannot access.

China needs to allow more substantial public participation in the judicial process, Wu Zaicun, head of the Beijing No. 1 Intermediate People’s Court, told Caixin. “Our past judicial activities emphasized that courts were conservative and closed, but in reality there is no contradiction between judicial professionalism and openness,” Wu said.

The main issue now is not whether the details of a case have been made public, but rather the ways in which the public can access them, argued Wang Tianyu, a professor of communication studies at the China University of Political Science and Law. For instance, while many courts now have Weibo and WeChat accounts, many fail to respond to messages sent to those accounts.