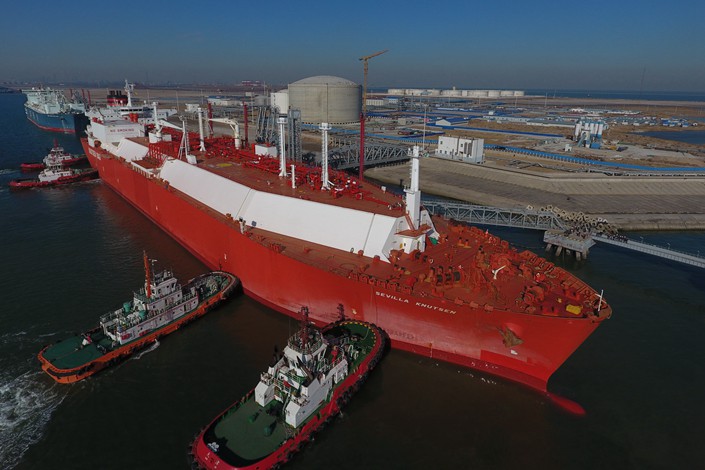 China’s state-owned offshore oil and gas producer said it is ready to invest another $3 billion into expanding its operations in Nigeria as it looks to exploit some of Africa’s richest oil and gas reserves.

CNOOC CEO Yuan Guangyu described the company’s Nigeria investment as its “most strategic and important overseas business undertaking,” according to the release. CNOOC’s involvement in the country’s oil and gas reserves goes back to 2003, when it bought a 45% stake in the OML 130 deepwater block, in what was reported to be the company’s first major overseas investment. It also owns 20% and 18% stakes in two other Nigerian offshore fields.

Nigeria’s energy sector has suffered from a lack of investment despite its abundant oil and gas supplies, with a dearth of capacity in distribution infrastructure a particular challenge, according to a 2016 government report.

Yet endemic corruption has weighed on investor confidence in recent years, according to David Bruckmeier, an analyst with AKE International. “Recent high-profile bribery scandals allegedly involving oil majors like Royal Dutch Shell PLC and Eni SpA are typical of the underhand dealings that have plagued the energy sector, and too frequently facilities are disrupted by attacks from armed groups,” Bruckmeier said.

China appears set to overtake Japan as the world’s biggest gas importer this year, and resource-rich Nigeria would appear to be a natural partner in supporting its needs. Historically, however, Western oil majors have been more active in the country’s energy sector, with Beijing preferring to foster ties with Angola instead, said Jeremy Stevens, chief China economist at South Africa’s Standard Bank.

“More needs to be done to inject life into the Nigeria-China relationship, and this $3 billion investment is a step in the right direction,” Stevens said. “Granted, China exported a sizeable $5.4 billion to Nigeria last year, but that is nearly half as much as just four years ago. Nigeria needs to welcome Chinese oil majors to invest in the country, develop domestic assets and engage materially in developing the economies of local communities.”

Nigeria is likely to become an increasingly important country for Chinese investment due to its rapidly growing population that already accounts for 1 in 7 Africans, Stevens said.

There are signs of growing interest. In May, Nigeria awarded a $6.7 billion contract to China Railway Construction Corp. to build a segment of a 1,315-kilometer (817-mile) railway, marking another milestone in China’s infrastructure venture in Africa.

As its population swells and it urbanizes rapidly, Nigeria’s infrastructure will be put under increasing strain, Stevens said. “Further inward investment like that from CNOOC will prove critical,” he added.