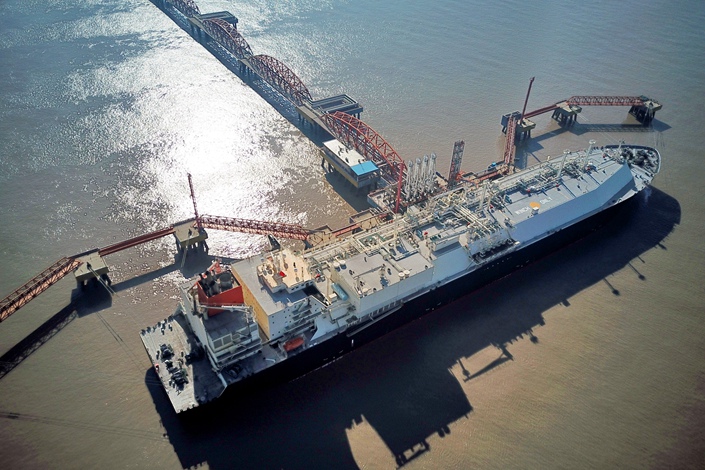 China surged past Japan to become the world’s largest importer of natural gas, passing another landmark in the government’s drive to wean the country off coal.

New data from the General Administration of Customs released on Sunday showed that China imported 7.21 million metric tons (7.95 million tons) of natural gas last month, bringing the total for the first five months of the year up to 34.9 million metric tons for the year.

Japan’s Ministry of Finance put its figure for the period at 34.5 million metric tons, meaning that China has overtaken its neighbor as the world’s largest buyer of natural gas, according to Bloomberg. While China has previously bought more gas in individual months, this marks the first time that China has consistently been the larger importer.

The Chinese government has taken major steps to increase the nation’s gas imports both by means of overland pipelines and overseas shipments in recent years as it looks to reduce its reliance on relatively polluting coal, which accounted for 62% of the country’s energy mix in 2016, according to BP PLC.

Major supply boosts are likely in the years ahead thanks to two major deals China signed to develop resources in the U.S. that were signed during President Donald Trump’s first official visit to Beijing in November. One of those was a deal in Alaska, which could take up to $45 billion to develop. The other was a project to develop shale gas in the state of West Virginia.

Additionally, Russia’s state-owned Gazprom is developing a $55 billion, 3,000-kilometer (1,860-mile) gas line from Siberia to the Chinese border as part of a deal worth $400 billion signed in 2014.

The government was forced to backtrack slightly its eagerness to push China’s gas usage over the winter, when orders to shut coal plants coupled with an unusually cold winter led to gas shortages in North China that left thousands of families without heating. While coal plants were temporarily fired up, the government announced an ambitious plan to phase out coal-fired winter heating systems in dozens of smog-prone northern cities by 2021.