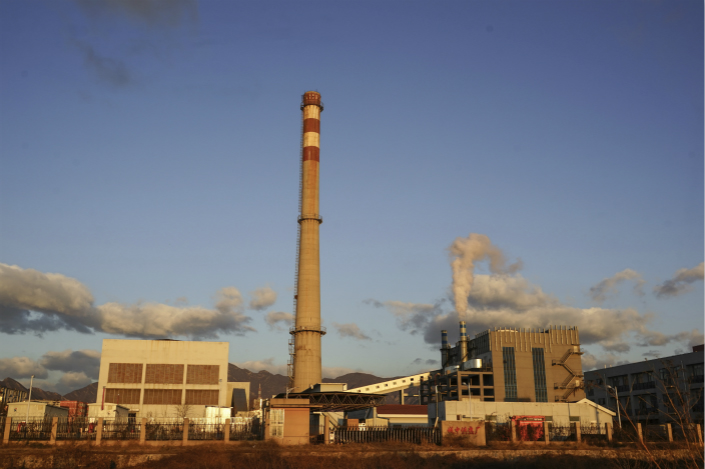 Delays in building infrastructure and a severe natural gas shortage have left thousands of rural homes without heating for days or even weeks in sub-zero temperatures. This led some residents to flout the government ban on coal and even secretly burn tree branches to keep warm. Photo: Visual China

China has announced an ambitious plan to phase out coal-fired winter heating systems in dozens of smog-prone northern cities by 2021, but this has been overshadowed by recent chaos linked to coal curbs in these areas.

Twenty eight cities including Beijing, Tianjin and Shijiazhuang, which were identified as “the most polluted” in North China, should stop burning coal for winter heating in urban areas and weed out 60% of the dirty coal used in their rural areas over a four-year period, according to a policy document viewed by Caixin.

Under the plan, areas north of the demarcation line, marked using the Huai River and Qinling Mountains, are required to switch to clean or renewable energy sources including natural gas and electricity to power 70% of their winter heating systems by the deadline.

That requires northern China to replace 150 million metric tons (165.3 million tons) of coal — more than a third of the fossil fuel burned during the 2016-17 winter heating season — with clean fuels, according to the blueprint.

The plan comes at a time when the authorities are scrambling to minimize the fallout of a push to replace coal with gas or electricity in millions of households which backfired due to poor planning.

Delays in building infrastructure and a severe natural gas shortage has left thousands of rural homes without heating for days or even weeks in sub-zero temperatures. This led some residents to flout the government ban on coal and even secretly burn tree branches to keep warm.

A natural gas supply crunch has spread to other regions including the central province of Hunan, after the NDRC ordered gas companies to prioritize supplies to northern China over local consumers.

Policymakers admitted in the blueprint to a lack of planning and coordination in the clean energy campaign in northern China. The document also said regulators in some areas failed to deliver desirable results because they simply equated “clean energy” to preventing the use of coal instead of investing in improving energy efficiency.

Policymakers have identified several challenges for China as it pushes to increase natural gas adoption: growing dependence on imported gas, a critical shortage in infrastructure including underground storage facilities needed for winter and the high cost of building last-mile connections that has affected access to gas in rural areas.

Some 26 billion cubic meters (882 billion cubic feet) of natural gas was used for winter heating in northern China in 2016, according to official statistics. That accounts for just 11% of the energy used in that period.

In the 28 cities identified in the blueprint, natural gas accounted for 38% of fuel burned for heating across the cities. But only 6% of the fuel used by rural households in these places was considered to be clean, the report said.

Northern provinces need to increase their supply of natural gas by 23 billion cubic meters in total over the five-year period from 2017 to 2021 and nearly 40% of this, or 9 billion cubic meters, is needed to help 12 million households switch from coal to natural gas, according to the blueprint. However, policymakers stopped short of saying how the country will keep up with rising demand in the coming years.

Demand for natural gas in Hebei province alone is expected to go up by 134% this winter to 8.2 billion cubic meters from the previous year as 2.3 million households give up coal. This figure includes nearly 500,000 families that policymakers said they had failed to take into account late in October, when planning for the transition.