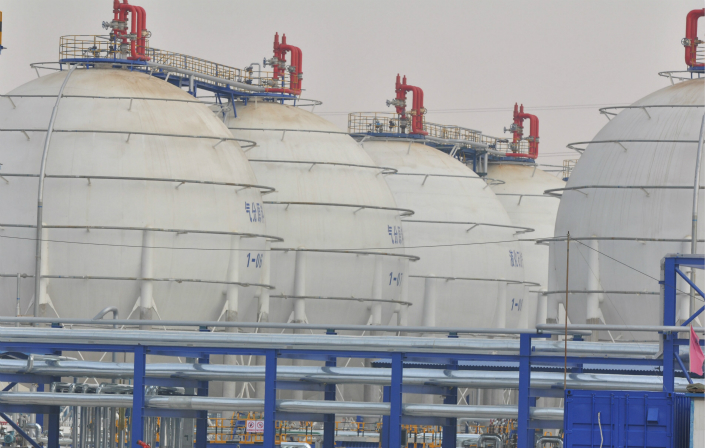 The energy deal, the size of which was described by West Virginia Secretary of Commerce H. Wood Thrasher as "unprecedented," will help Beijing with its plan to wean China off coal and onto less-polluting power sources. Photo: Visual China

One of China’s largest coal miners and power producers will invest $83.7 billion in shale gas and chemical manufacturing projects in the U.S. state of West Virginia, in the largest of a spree of deals in conjunction with a meeting between the two countries’ presidents.

U.S. President Donald Trump, who was in China this week to meet with counterpart Xi Jinping, has repeatedly stressed the need for a more balanced trade relationship between the two sides, which could include more exports of U.S. energy products like natural gas. At the same time, China is looking to boost its use of cleaner-burning fuels like natural gas in a bid to lessen its current reliance on highly-polluting coal.

The largest of the deals announced during Trump’s trip saw China Energy Investment Corp. Ltd. and the state of West Virginia sign a memorandum of understanding (MOU) for the series of shale gas development and chemical manufacturing projects set to take place over the next 20 years, according to an announcement by the West Virginia Department of Commerce.

“West Virginia has actively sought direct foreign investment to strengthen and diversify our economy,” said West Virginia Secretary of Commerce H. Wood Thrasher. “The massive size of this energy undertaking and level of collaboration between our two countries is unprecedented. It required cooperation between state and federal level officials.”

China Energy is the new name of a company formed through the recent merger of leading Chinese coal producer Shenhua Group and Guodian Group, a leading power producer. That marriage was part of Beijing’s broader effort to consolidate major state-owned enterprises by combining companies from similar sectors.

Shenhua’s main coal-production assets are expected to become a major supplier to Guodian’s power-generating operations under the merged company. But the new West Virginia deal shows that natural gas could become a major part of that equation, as Beijing tries to get more power from lower-polluting sources like natural gas, nuclear and solar.

The West Virginia project was announced at the same time as another group of major Chinese investors disclosed plans to invest in a similar major natural gas project in the U.S. state of Alaska. The pair of natural gas tie-ups were the largest among $253 billion worth deals announced during Trump’s China trip. The big majority, about two-thirds by value, went to projects from the energy sector.