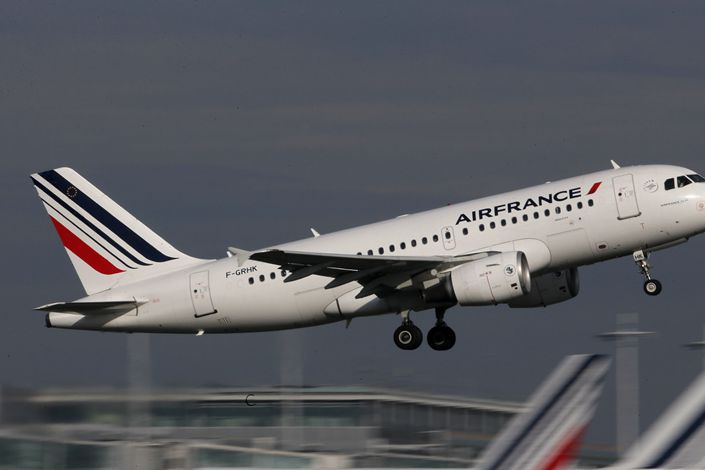 An Air France Airbus A320 aircraft takes off at Charles de Gaulle International Airport in Roissy, near Paris in October 2015. Photo: VCG

China Southern Airlines and its unit based in the southwestern city of Xiamen will combine their two joint ventures with European giant Air France-KLM into a single venture, consolidating an alliance that is one of a growing number of tie-ups between Western and Chinese carriers.

The Netherlands-based KLM and China Southern first established their joint venture on the Amsterdam-to-Beijing route in 2006, and Xiamen Airlines later joined the venture in 2015. Meantime, Air France formed its own joint venture with China Southern on the route connecting the former’s base in Paris with the latter’s in the southern city of Guangzhou in 2010.

Joining the two joint ventures will allow the four partners to offer a wider range of routes connecting their European hubs in Amsterdam and Paris with cities in China they serve from those destinations, including Beijing, Chengdu, Guangzhou, Hangzhou and Xiamen, according to the statement. Passenger volume on the routes jointly operated between the four carriers currently totals about 1.25 million trips annually.

“In 2016 we celebrated 10 years joint venture between KLM and China Southern, today we merge the existing two joint ventures into one,” said KLM CEO Pieter Elbers. “I’m proud of this joint venture because it serves to further intensify Air France-KLM’s interests in China. Joining forces offers our customers an extensive, seamless network within China and Europe.”

Outside the venture, the partners also cooperate in other areas including catering and aircraft maintenance services. The group is discussing more cooperation in other areas, including cargo services, according to the statement.

The alliance is just one of a number between Chinese carriers and their Western counterparts, as both sides look to capitalize on growing volume of travelers between the two sides. Last year U.S. carrier American Airlines agreed to buy 2.68% of China Southern for $200 million. A separate deal that year also saw China Eastern, another one of the nation’s top three carriers, agree to pay about 375 million euros ($439 million) for 10% of Air France-KLM.

In a similar deal announced last month, Air Canada and Air China, one of the nation’s other major carriers, agreed to enlarge commercial operations on their flights.