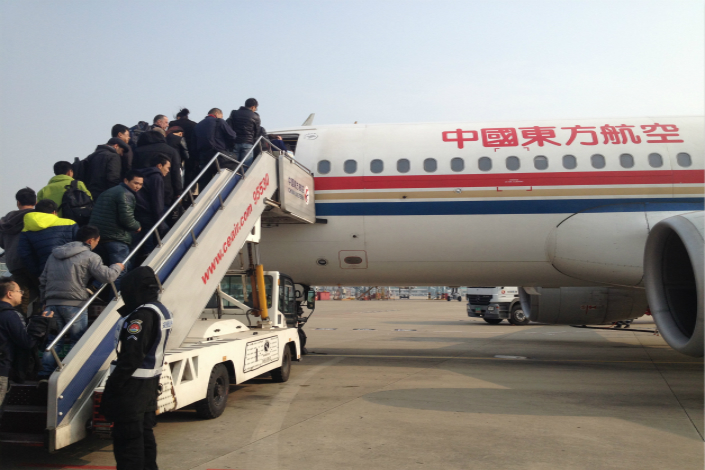 Under the marketing agreement, the state-owned Chinese carrier will build with Air France-KLM “seamless passenger travel and luggage transfer processes,” and share nonair resources for an initial term of 15 years, the filing said. The two companies also agreed to collaborate on information technology projects.

Air France-KLM will sell a 10% stake to U.S. airline Delta Air Lines Inc. for roughly the same sum, according to an Air France-KLM statement, which added that the two deals were inked separately.

Delta currently holds a 3.2% stake in China Eastern Airlines, which it bought for $450 million in 2015. Delta and China Eastern are “not acting in concert,” Air France-KLM said.

In March, American Airlines announced it was buying a 2.76% stake in China Southern Airlines Co. Ltd. for $200 million, and that the two airlines planned to begin code sharing.

China Southern and China Eastern, together with Air China, are known as the country’s “Big Three” state-owned airlines, and have in the past been less eager to invest abroad than privately owned counterpart HNA.

But policy changes in recent years, including China’s “One Belt, One Road” initiative, means the Big Three have been looking farther afield for investment opportunities.

China Eastern’s latest deal with Air France-KLM follows the Civil Aviation Administration of China’s call for Chinese airlines to “speed up the ‘fly out’ pace and develop into major airlines with extensive network and strong international competitiveness,” the company said.