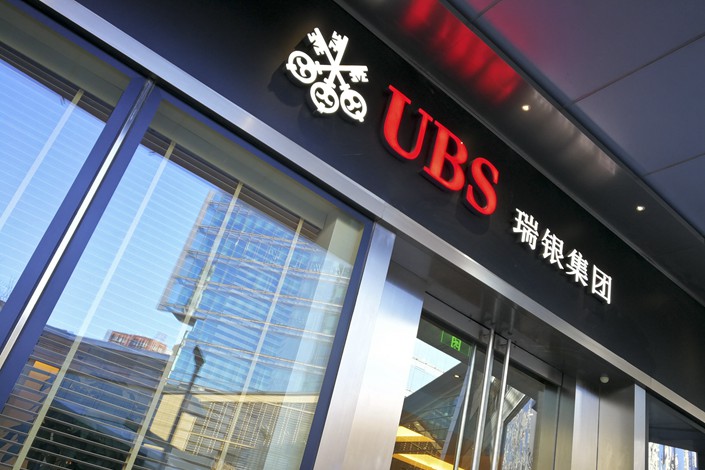 Monetary policymakers will likely ease off the brakes in the second half of this year to offset the effects of a trade war amid signs of a slowing economy, an investment bank’s chief economist has predicted.

As its first response to escalating trade tensions, China might loosen its grip on credit growth, especially for local government and infrastructure projects, to shore up the economy, Wang Tao, chief economist at UBS, said during a conference on China’s economic outlook.

In a report issued at Tuesday’s conference, UBS predicted that China’s central bank could lower the reserve requirement ratio (RRR) by another 150 basis points in what would be its fourth RRR cut of the year.

The central bank could also opt to provide liquidity support through open market operations such as its medium-term lending facility (MLF) to stabilize market interest rates as ample liquidity could ease pressure on corporate financing.

The world’s second-largest economy has shown signs of a broader slowdown, with the annual growth rate falling to 6.7% in the second quarter from 6.8% in the first quarter.

China’s economy is under pressure from tougher regulations and tighter credit, especially on local government financing, which has affected infrastructure construction, Wang said.

The government’s move to rein in excessive debt has already sent chills through the economy as the flagging economic data prompted questions as to whether Beijing will again prioritize growth over deleveraging.

However, it’s unlikely that Beijing will change its overall tone on structural deleveraging or relax restrictions on the real estate market unless the decline in economic growth exceeds Beijing’s tolerance, the report said.

China’s total social financing was 183.27 trillion yuan ($27.38 trillion) at the end of June, up 9.8% from a year earlier. Last month’s growth rate was down from 12% at end of 2017. Total social financing includes conventional bank lending and other forms of financing such as bond and equity issuance, trust loans, and entrusted loans.

Regarding the recent escalation of trade tensions, UBS predicted that that a full-blown trade war could drag down China’s gross domestic product (GDP) growth rate by 0.3 to 0.5 percentage points in the following 12 months, adding that it will be difficult to reach a truce in the short term, given that the U.S. has little reason to back down.

“Tough trade actions from Trump seems to be boosting his populous standing among the Republican voters,” the UBS report said, adding that a strong U.S. economy helped by tax cuts and additional fiscal spending has made the U.S. less vulnerable to higher tariffs.

The U.S. threatened to slap a fresh 10% tariff on $200 billion of Chinese goods on July 10 after it unleashed a 25% tariff on Chinese shipments worth $34 billion.

Wang said China is unlikely to use yuan devaluation as a tool to cushion the impact of the trade row, adding that actively guiding the market’s expectations on the Chinese currency would be a focal point for the central bank.

The yuan’s value against a basket of currencies could drop 1.8% by the end of this year, when it could be worth around 6.8 yuan per dollar, USB predicted, adding that the central bank could reactivate the “countercyclical factor,” which was introduced in May 2017 as a tool to essentially give it more discretionary power to influence the currency’s daily trading midpoint.