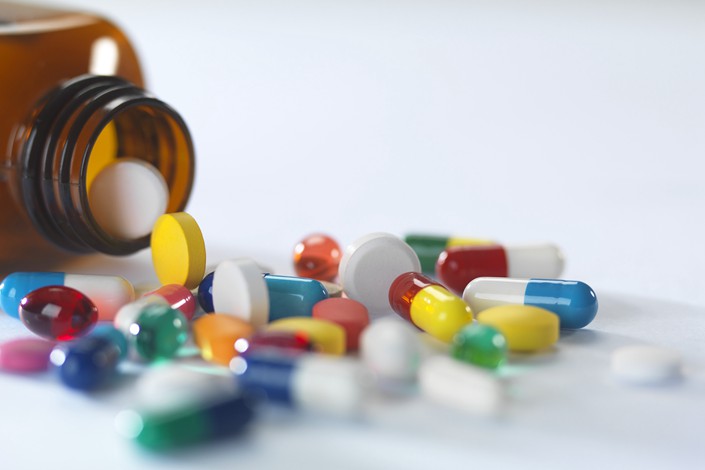 The EU drug regulator said that a blood pressure and heart drug manufactured by Zhejiang Huahai Pharmaceutical may have contained an impurity linked to cancer. Photo: VCG

(Beijing) — Blood pressure drugs containing an ingredient manufactured by a Chinese firm are being recalled in markets that include the European Union, the United States and Japan, as it may have a cancer-causing impurity. Other suppliers are also under investigation.

The development follows a voluntary recall request made earlier this month by drugmaker Zhejiang Huahai Pharmaceutical Co. Ltd., a major global supplier of valsartan, a drug widely used to treat high blood pressure and reduce complications such as heart attacks and strokes. The Chinese company has supplied it to markets worldwide, including North America, Europe, India, Russia and South America.

Huahai Pharmaceutical found that the valsartan it made contains “subtle amounts” of a compound — N-nitrosodimethylamine — that may cause cancer with long-term use. The contamination may have resulted from a change in the manufacturing process the company introduced in 2012, according to the European Medicines Agency (EMA), which is handling the recall in the EU.

The Chinese drugmaker said that the problem may be widespread if industry peers have applied the same manufacturing technique. Major valsartan manufacturers include China’s Zhejiang Tianyu Pharmaceutical Co. Ltd. and several based India, but the two Chinese producers dominate the global industry, it said.

A representative of Tianyu Pharmaceutical told Caixin that the European Directorate for the Quality of Medicines and HealthCare (EDQM), a body under the Council of Europe, has ordered it to examine its valsartan products. It has reported the initial outcome to the EDQM, which proved its goods were safe, but is in talks with the regulator over possible further checks.

“Manufacturing techniques are company secrets, and no company knows if a peer applies the same ones,” the representative said.

In Europe and Asia, Swiss multinational Novartis International AG is recalling two valsartan-based drugs, and pharmacies in the U.K. have been advised to recall related medications made by Dexcel Pharma Ltd. and Accord Healthcare, according to CNN.

The U.S. Food and Drug Administration said that several valsartan distributors are carrying out the recalls, including Major Pharmaceuticals, Teva Pharmaceuticals Industries Ltd. and Solco Healthcare, a subsidiary of Huahai Pharmaceutical.

Both EU and U.S. drug watchdogs advised patients not to stop their valsartan treatments unless they have been told to do so by their pharmacist or doctor as they are still assessing the long-term risks of the impurity.

Huahai Pharmaceutical said that it, together with its clients in China, has decided to recall medicines that contain valsartan.

It has already halted the production of valsartan, suspended supplies and sealed its inventory. It said that the other products it produces don’t contain the impurity as their manufacturing processes are different, according to a company statement.

The Zhejiang province-based company in December extended a five-year qualification to manufacture valsartan, granted by the Zhejiang Food and Drug Administration.

The drugmaker said that there are so far no unified standards for the amount of the impurity that valsartan sold to consumers can contain.

In 2017, Huahai Pharmaceutical’s sales of valsartan reached 328 million yuan ($49.0 million), accounting for only 6.5% of the total revenue. The Shanghai-listed firm warned its investors that the recalls may result in losses, which it it is seeking to minimize.

Shares of Huahai Pharmaceutical dropped by the daily limit of 10% on July 9, the first trading day after it first reported the issue. It fluctuated for a few days and closed at 22.04 yuan on Wednesday, down by 2.17%.