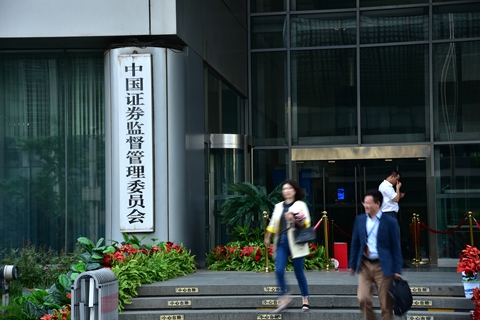 A Beijing court ruled against China’s top securities regulator Tuesday on its handling of an insider trading case that led to hefty fine on an individual.

In a rare rebuke of the China Securities Regulatory Commission, the Beijing High Court revoked a 130 million yuan ($19.4 million) fine imposed in 2016 on businessman Su Jiahong as part of an administrative penalty for alleged insider trading. According to a media report, the CSRC lost just two of 24 lawsuits in Chinese courts in 2016.

The Beijing High Court said Tuesday that it overturned the CSRC’s penalty on Su, the chairman of Shanghai Jiaheng Investment and Development Co., because of a lack of evidence and violations of investigative procedures.

A person close to the CSRC said the investigation of insider trading cases has always been thorny for securities regulators because of the complexity of information involved and the difficulties of collecting evidence.

The CSRC in 2016 issued the administrative penalty accusing Su of making more than 65 million yuan of illegal gains by trading stocks on insider information.

The securities regulator said in its finding that Su obtained key information about a deal that could affect the stock price of Shenzhen-listed Guangdong Weihua Corp. from an individual named Yin Weiguo. Yin was close to Guangdong Weihua’s top executives at that time. Su traded Guangdong Weihua shares through several accounts of his relatives, according to the CSRC.

The key evidence used to support the CSRC’s ruling were the records of 45 phone calls and 71 text messages between Su and Yin during the period close to the Guangdong Weihua deal. But Su argued that he had contact with Yin only for personal matters.

The Beijing court ruled against the CSRC mainly because of a lack of testimony from Yin, people familiar with the matter said. The CSRC didn’t make any inquiries of Yin in person while mainly relying on material evidence to support the presumption of a violation.

The CSRC said it was unable to make contact with Yin after several attempts, so it was able to rely only on material evidence to make the judgment. But the court said the regulator apparently didn’t made adequate efforts to reach Yin.

Meanwhile, the court accused the CSRC of skipping the necessary cross-examination procedure with parties involved in the case when it used some materials as evidence of Su’s violation.

A legal expert said the CSRC could appeal to the Supreme People’s Court for a review but may face little chance of prevailing as there were “obvious flaws” in its handling of the 2016 case. “There are lots of controversies regarding the presumption of insider trading charges among legal professionals,” the expert said.