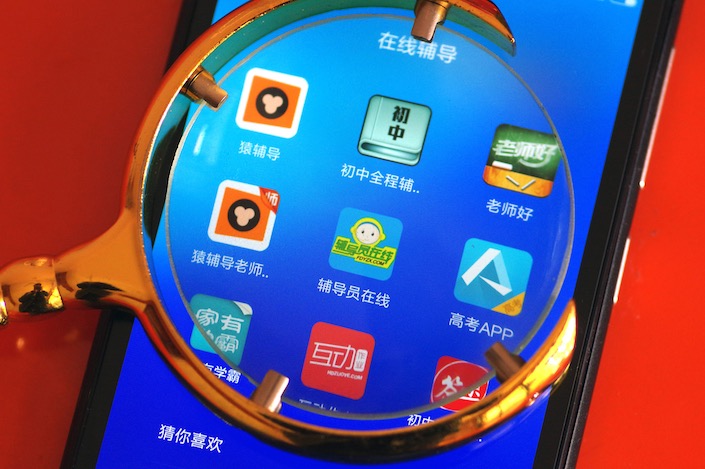 China’s K12 online education market is expected to have an annual revenue of more than 100 billion yuan by 2021. Photo: VCG

Leading online tutoring platform Zuoyebang said it completed a new funding round of $350 million from a group of investors led by technology-focused hedge fund Coatue Management.

Goldman Sachs, Sequoia Capital China, GGV Capital and Primavera Capital Group are also among the investors, according to Zuoyebang, which is backed by internet search giant Baidu Inc. The company didn’t disclose its valuation in the latest fundraising.

Zuoyebang is currently the No. 1 player in the market in term of downloads of its services, followed by Yuansouti and 17zuoye, according to iResearch. Zuoyebang has more than 70 million active monthly users and more than 5 million paid users, half of them from smaller cities where high-quality education is less accessible than in big cities like Beijing and Shanghai, the company said.

The company will use the proceeds from the financing to ramp up technology, teaching and research products as well as talent recruitment, said Hou Jianbin, founder and CEO of Zuoyebang.

Four-year-old Zuoyebang has launched four rounds of fundraising since 2015. The previous round was in August, when the company raised $150 million from H Capital, Tiger Global Management LLC, Sequoia Capital, Legend Capital, GGV Capital and Xianghe Capital.