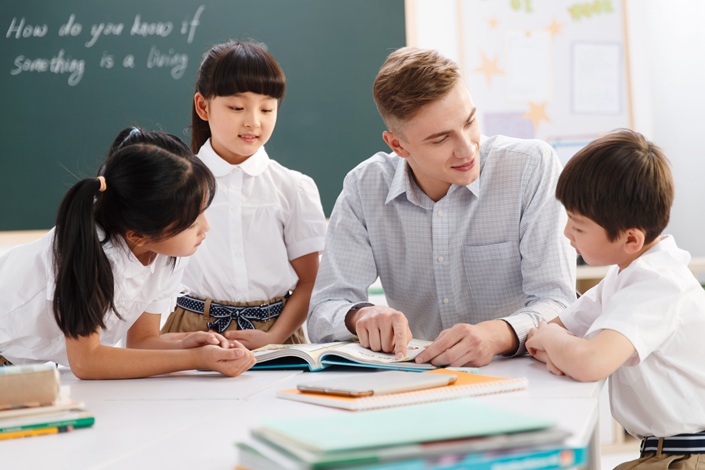 VIPKid CEO Cindy Mi said the money raised in the latest fundraising will be used to improve students’ learning experience, enlarge the tutor team and make use of machine learning. Photo: VCG

Beijing-based VIPKid said on Thursday it has secured a new round of funding worth $500 million, making it China’s largest online education startup with a valuation over 20 billion yuan ($3.1 billion).

Main investors include Coatue Management, as well as existing shareholders such as Tencent Holdings Ltd., Sequoia Capital, and Yunfeng Capital.

“We believe that VIPKid is transforming the shape of traditional education on a global scale and is providing an excellent new model for future education,” Coatue founder Philippe Laffont said.

VIPKid’s previous round of funding was in August, when it raised $200 million from investors. Including this round, VIPKid has raised $850 million in venture financing. VIPKid reported a nearly sixfold jump in “cash sales” to 3.5 billion yuan in 2017, including multiyear contracts, according to Bloomberg.

VIPKid founder and CEO Cindy Mi said the funds will be used to improve students’ learning experience, enlarge the tutor team and make use of machine learning.

Founded in 2013, VIPKid provides online English-language instruction based on the U.S.’ Common Core State Standards initiative as it applies to 4-to-12-year-olds. The initiative sets goals for what students should know in English and math at the end of each grade. Tutors are native-English speakers recruited mainly from North America, and the company says it has more than 40,000 tutors in North America and more than 300,000 students.

The revenue of childhood online English education firms grew 40% each year for the last five years and is estimated to hit 5 billion yuan by 2019, according to iResearch. Five years ago, the figure was only 710 million yuan.

Fueled by a booming market, online English education startups like VIPKid have sped up their fundraising pace in recent years.

China Online Education Group listed in New York in 2016 and has a market cap of $212 million. Meanwhile, iTutorGroup raised $315 million total, and plans to go public next year, targeting a $2 billion valuation, according to Bloomberg. DaDaABC.com finished its Series C funding in January this year and raised $609 million total.