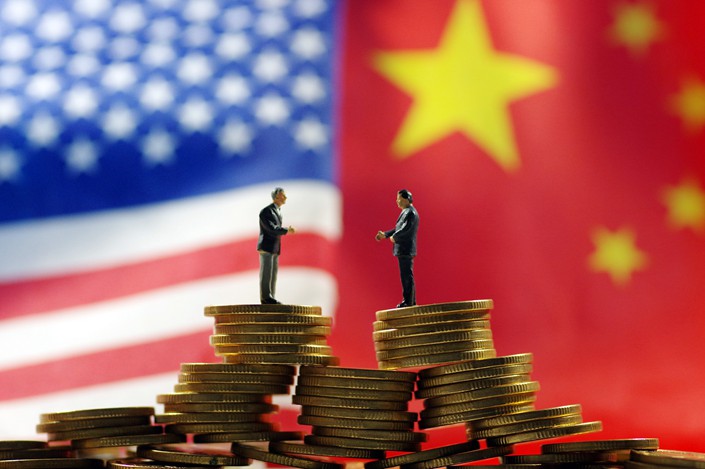 The Sino-U.S. trade war will be a protracted one. China should have no more illusions about the improvement in bilateral relations. What it should do now is adjust its policies on domestic political and economic reforms, as well as geopolitics issues.

Although the conclusions of the U.S.’ Section 301 investigation report are completely untenable, China’s implementation of commitments to the World Trade Organization (WTO) haven’t been impeccable. For example, China uses export-tax rebates as a policy tool to stimulate exports quite often. Some of them don’t violate WTO rules but are nevertheless contrary to the spirit of the WTO.

The investigation report also targeted China’s “technology-related industrial policies.” The U.S. criticized the Chinese government for its support for enterprises to catch up technologically, which reflects the U.S.’ concerns and hostility toward China’s high-tech ambitions.

With Chinese companies catching up, foreign rivals have been making more efforts to protect their core technologies and intellectual property (IP) rights. Because of policy changes in the U.S. and other developed countries, it has become increasingly difficult for China to acquire foreign core technologies through its market-for-technology strategy and its mergers and acquisitions (M&As). In this case, “self-dependent innovation” has become the only reliable solution for Chinese companies to narrow the technology gap with foreign competitors.

Correspondingly, China should re-examine its frequently propagandized “going out” policy, which has already led to a high level of vigilance among the developed countries.

The Section 301 investigation report believed that Chinese companies’ overseas M&A activities have harmed the interests of the U.S. First, China seeks to use foreign acquisitions and investments to upgrade its domestic industries, which will ultimately degrade U.S. competition in key sectors. Subsidies and other government policies have given Chinese companies an unfair advantage in acquiring technology assets abroad and gaining increased market share at the expense of U.S. firms. Second, China’s policies and practices undermine the ability of U.S. firms to sustain innovation by transferring technologies from efficient and productive firms in the U.S. to less-innovative and less-productive firms in China. Third, China’s policies and practices distort pricing with respect to investments in the critical market for IP-intensive sectors.

Under the circumstances, China’s overseas M&A practices will inevitably face resistance, with costs getting increasingly high. Now it’s time for China to cool its “going out” policy. Chinese companies should make their own decisions based on commercial considerations. There should not be any government interference except in special cases.

That said, China should protect Chinese companies’ overseas interests. The crisis that ZTE Corp. faced, in which the U.S. banned components exports to the Chinese telecom giant due to its links to Iran and North Korea, may occur to any Chinese company operating abroad. In fact, China doesn’t think the U.S. ban was legal, as it is China that should be responsible for handling cases in which Chinese companies are accused of violating U.N. Security Council resolutions. Even so, it lacked the capabilities to force “the U.S. to immediately correct its wrongdoings.”

In the future, the U.S. may take Chinese companies as hostages to influence China’s foreign policy. Thus, China must prepare a plan, including enacting related laws to reduce the harm such incidents do. “No ransom” should be the basic principle.

Shift the focus to domestic demand

Chinese companies’ business activities abroad have raised hostility, or even panic, in some countries. Many foreign rivals have seen their market share shrink, while some have even been on the verge of bankruptcy. In addition, the benefits of using comparative advantage to participate in the global division of labor may have already been offset by negative effects such as environmental pollution and resource depletion. Therefore, China should abandon its export-oriented policy and switch to a neutral trade policy.

Meanwhile, it should be noted that China has already fallen into a “dollar trap,” with $3 trillion in foreign exchange reserves accumulated over the years, which has become a weapon for the U.S. that it may use to fight China. Economist John Maynard Keynes said, “If you owe your bank a hundred pounds, you have a problem. But if you owe a million, it has.” China should gradually spend most of its foreign exchange reserves and maintain only a minimum amount required unless it can find a way to ensure the security of the reserves.

Last but not least, China should strive to reduce the misunderstandings with the U.S., as many conflicts and wars in history were caused by misunderstandings. The Section 301 investigation report reflects the U.S.’ misunderstandings about China’s intentions, strategies and policies. The U.S. has overestimated China’s strength and potential, which has been strengthened by China’s propaganda.

It’s expected that there will be more and more conflicts between China and the U.S. A crisis may break out at any time. How to manage the crisis will be a huge challenge for China. It’s imperative that China adjust its foreign economic policy.

Yu Yongding, a member of the Chinese Academy of Social Sciences, served on the Monetary Policy Committee of the People’s Bank of China from 2004 to 2006.