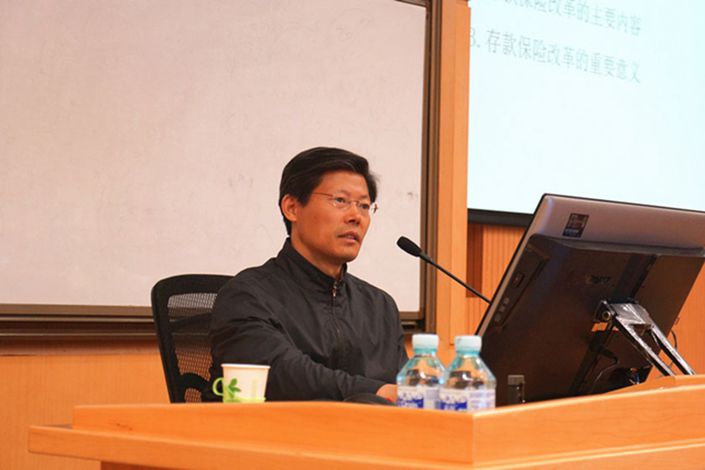 The personnel move comes shortly after Yang Guozhong, former deputy administrator of the State Administration of Foreign Exchange (SAFE), left the post to lead the supervisory board of China Investment Corp., the country’s sovereign wealth fund.

SAFE, which operates under the People’s Bank of China, manages more than $3 trillion in currency reserves. It studies and proposes policies to reform the foreign exchange administration system, as well as to increase the convertibility of the yuan under the capital account, according to its website.

After Xuan’s job change, the forex regulatory agency, which has been led by central bank Deputy Governor Pan Gongsheng since 2016, will have four deputy administrators.

Xuan, 51, has broad finance experience both inside and outside the government. A regulatory official described him as low-key, pragmatic and diligent. Xuan specializes in research on monetary policy and financial crisis management, the official said.

In 2016, Xuan took a position as assistant chairman of the China Securities Regulatory Commission (CSRC). Before that, he served as head of the central bank’s Financial Stability Bureau.

Before joining the central bank, Xuan was managing director at U.S. investment firm JC Flowers & Co. LLC from 2006 to 2008. From 2004 to 2006, he served as secretary of the board of directors at China Construction Bank Corp., one of the country’s “Big Four” state-owned commercial lenders.

Xuan returned to China in 2000 and worked for the CSRC until 2004. Before that, He had worked for JPMorgan Chase & Co. after earning a doctorate in finance at the University of Texas in 1997.

Xuan’s appointment comes at a time when a strong U.S. dollar and ongoing trade tensions have led to a weakening yuan in recent months.

The yuan hit its lowest level in more than a year on Wednesday as the central bank set the midpoint of its daily fixing rate at 6.804 against the dollar, weaker by 149 basis points from the previous fix.