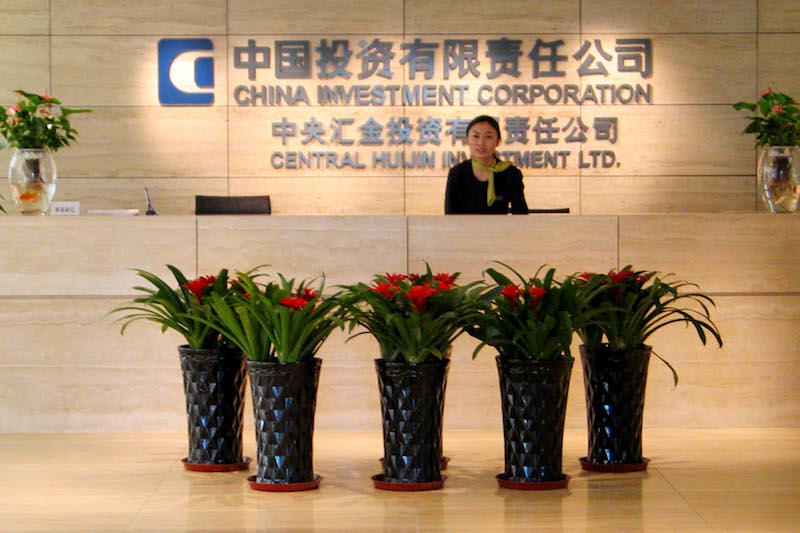 CIC posts the best results in its decade of operation, boosted by strong returns from abroad. Photo: VCG

CIC, which manages investment of the world’s largest stockpile of foreign exchange, posted net income of $103.62 billion in 2017, up from $75.34 billion in 2016, according to its annual report released Monday.

The profit rise was largely boosted by CIC’s upbeat return on overseas investment, which hit a record high of 17.6% in 2017, nearly three times the 6.22% for the previous year, the report showed.

Established in 2007 by the central government with registered capital of $200 billion, CIC has quickly expanded into the country’s largest overseas investment vehicle with total assets of $941 billion by the end of last year.

By the end of 2017, 43.6% of CIC’s global investment portfolio consisted of publicly traded equities, of which 52% are based in the U.S. Fixed income investments accounted for 15.9%, and alternative assets such as hedge funds, private equity and real estate, more than 39%.

In 2017, CIC invested $120 billion in overseas projects, the third-largest amount among global counterparts, according to the company. Major deals announced in 2017 include a $3.7 billion investment in Singapore-based Equis Energy, one of Asia’s largest producers of renewable energy, and acquisition of a stake in a natural gas pipeline unit from Brazil’s state oil company Petrobras.

In November, CIC and U.S. investment bank Goldman Sachs Group Inc. formed a $5 billion fund to invest in U.S. companies that have investments in China or other connections to the country. The fund is close to completing its first phase of fundraising, according to Tu.

The escalating tensions between China and U.S. over trade and investment have sparked worries about CIC’s outlook. Tu downplayed the uncertainties and said CIC won’t be affected by the friction.

“As a long-term financial investor, CIC poses no threat to U.S. industries,” Tu said, adding that the fund does not seek control of the businesses in which it invests.

In a rare move, CIC also disclosed the performance of its domestic investment arm Central Huijin Investment Ltd. By the end of 2017, Central Huijin had total assets of 112 trillion yuan ($17 trillion), up 8% from the previous year. The company held stakes in 17 domestic financial institutions and 3.1 trillion yuan of stocks, up 22% from a year ago.

The post of CIC chairman has been vacant since February 2017, when former Chairman Ding Xuedong stepped down.