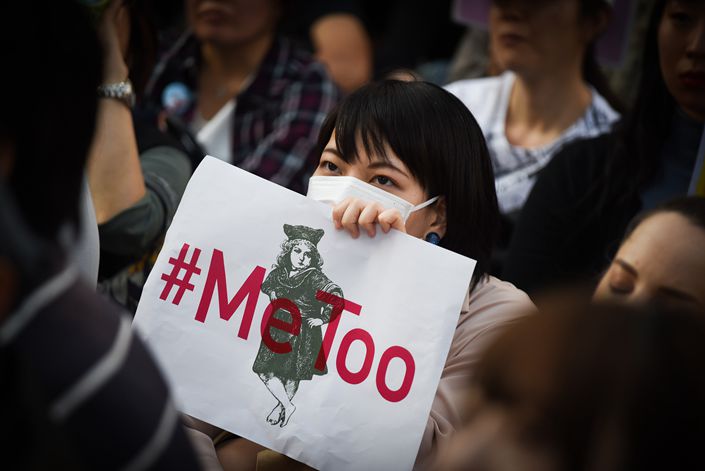 The allegations of sexual misconduct in China’s civil society come after the emergence of the #MeToo movement abroad. Photo: VCG

(Beijing) — As a wave of sexual misconduct allegations emerges against members of Chinese nongovernmental organizations (NGOs), a charity’s reaction to the case of well-known environmentalist Feng Yongfeng has drawn criticism.

Feng is a journalist and the founder of an environmentalist organization, the Beijing Fengtai Origin Enthusiast Environment Research Center (also known as Nature University).

In a public statement on WeChat on Tuesday, which has since been deleted, he admitted to sexually assaulting a number of women who worked for charitable organizations while he was “under the influence of alcohol, which led me to indulge my desires.”

Feng, who is also a reporter for Chinese newspaper Guangming Daily, issued his statement in response to an anonymous letter circulated online on Monday, in which the writer accused an unnamed person, referred to as “Xiaozhang,” or school principal, of raping and harassing women working for charitable organizations.

Narada Foundation, China’s oldest grant-making foundation, also said in a statement that Feng had tried to physically embrace one of its employees in October without her consent, injuring the employee’s arm when she resisted. Narada said it will no longer offer grants to Feng and no longer invite him to participate in the foundation’s activities.

After news of Feng’s misconduct broke, Ai You, another Chinese charitable foundation that has provided funding to Nature University, said it would immediately cut off funding for the organization. Ai You’s decision was met with criticism from members of Nature University, who said online that it was a shame that “such a large-scale venture capital fund could not distinguish between the actions of individuals and institutions.”

Feng’s misconduct came to light on the same day that Lei Chuang, the founder of Yi You Charity — which advocates for the rights of those diagnosed with hepatitis B — was accused in another online letter of assaulting a number of interns and volunteers at Yi You, including the author of the letter, in 2015. Lei responded with a statement admitting to sexual assault, saying he was “willing to bear the relevant legal responsibility.”

The allegations of sexual misconduct hitting China’s civil society come after the emergence of the #MeToo movement abroad and months of similar reckonings at the country’s education institutions, implicating a number of academics including four members of China’s prestigious Changjiang scholars program.