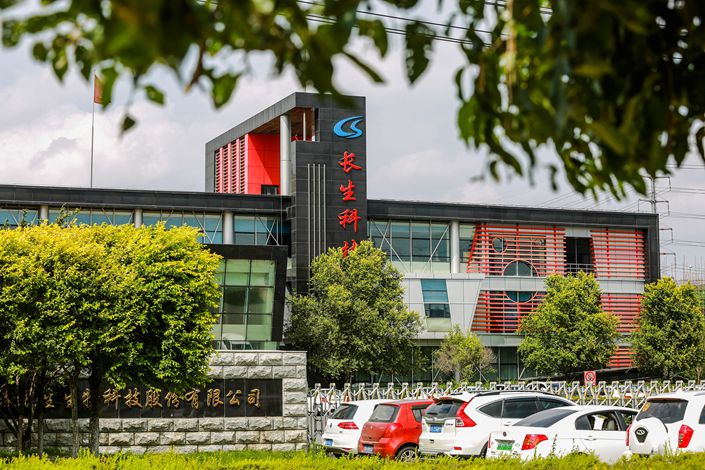 Eighteen employees from a major Chinese vaccine manufacturer, including its president, have been arrested for allegedly producing and selling substandard drugs.

The arrest late Sunday came after Changchun Changsheng Life Sciences Ltd., based in the northeastern province of Jilin, was found to have flouted requirements in vaccine production in order to cut costs, according to a preliminary finding by investigators dispatched by the State Council in Beijing.

Such irregularities could have a critical impact on the effectiveness of the vaccines, according to several scientists, including Wang Yuedan, a professor of immunology at Peking University School of Basic Medical Sciences.

In China, punishment for the manufacture and sale of products found to be substandard varies from one or two years in prison to the death penalty, depending on the severity of the crime and whether fatalities resulted.

Officials from the China Food and Drug Administration (CFDA) uncovered the irregularities at Changchun Changsheng after receiving a tip. They then made an unscheduled inspection of the plant on July 6 and informed the company a week later of the irregularities, sources familiar with the inspection told Caixin. It remains unclear when CFDA received the alert.

In an attempt to cover up its violations, the company falsified production and quality test records, as well as the purchase invoices for the mice used in toxicity tests, according to investigators who collected 34 written testimonies.

Local police retrieved 60 computer hard drives that the company had intended to destroy, according to the official Xinhua News Agency.

Changchun Changsheng has been ordered to stop producing its freeze-dried rabies vaccine, Vero Cell, for human use, and is recalling all products that have not passed its use-by date to ensure safety, the company said. Expired products will be discarded by hospitals. It is not clear how many batches of vaccines were affected and how many were sold.

An investigation is also underway into allegations that the company sold a quarter-million substandard vaccines for diphtheria, pertussis and tetanus (DPT).

Over 250,000 doses of Changchun Changsheng’s DPT vaccine were found to be substandard. Most were sold in Shandong province last year, the Jilin Food and Drug Administration said earlier this month.

In another development, the Hubei Food and Drug Administration attributed the production of more than 400,000 doses of substandard vaccines by Wuhan Institute of Biological Products Co. to malfunctioning packaging equipment, the administration said in a statement.

Health departments have arranged for affected children to be revaccinated.