By Liu Caiping and Fran Wang 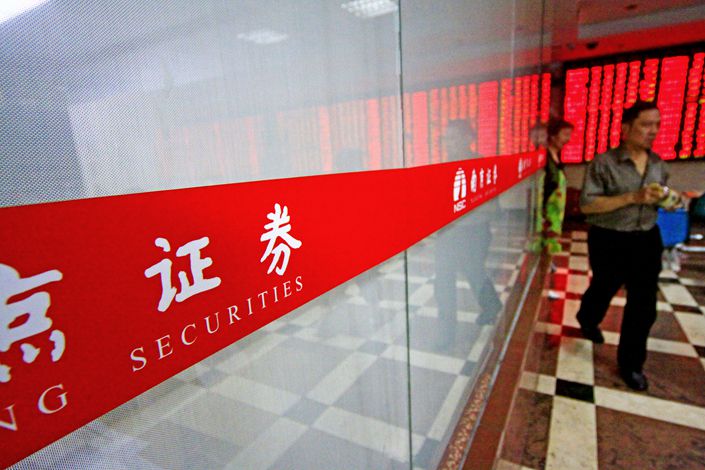 CEFC Shanghai Securities, a wholly owned subsidiary of CEFC Shanghai International Group Ltd., has received the lowest rating ever given out by China’s securities regulator in its annual industry review. Photo: VCG

The main brokerage arm of troubled energy and financial conglomerate CEFC China Energy Co. Ltd. has received the lowest rating ever given out by China’s securities regulator in its annual industry review, highlighting the company’s dangerously high risk exposure.

CEFC Shanghai Securities, a wholly owned subsidiary of CEFC Shanghai International Group Ltd., was given a “D” in the latest assessment, led by the China Securities Regulatory Commission (CSRC), of risk management, competitiveness and rule compliance at brokerages, according to a CSRC statement (link in Chinese).

D is the second-lowest level in the 11-scale classification, meaning the securities firm may be exposed to more risk than it can manage. Companies in the top nine classes from AAA to C are deemed as having “normal” operations. Those classified at the lowest level, “E,” are exposed to risks severe enough to cause damage, prompting authorities to take measures against them to deal with the problem, the CSRC said in the statement, posted Friday.

CEFC Shanghai Securities’ grade was the worst among the 98 brokerages rated, and was five notches lower than its classification of BB last year, given out before the company’s parent entered its current state of crisis. It also marked the first time any firms have been given the D level in the assessment, which was introduced in 2009 and is conducted on a yearly basis.

Under rules used to classify securities firms, last revised by the CSRC in 2017, brokerages will have their ratings lowered three levels if they are found to have engaged in wrongdoing such as misappropriating clients’ assets, fabricating financial information, maliciously evading regulators’ supervision, or reporting false capital contribution by shareholders. A securities firm will be given the D rating straight away if circumstances surrounding its misconduct are severe, according to the rules.

Concerns over the debt risks at CEFC China Energy and its subsidiaries have mounted since Caixin reported in March that the parent company’s founder and chairman, Ye Jianming, has been placed under investigation on suspicion of economic crimes. The news sparked a selloff of CEFC Shanghai bonds, and a series of downgrades in various ratings for the firm and its debt.

The fears deepened when CEFC Shanghai International Group confirmed in May that it failed to make principal and interest payments on nearly 2.1 billion yuan in bonds because Ye has been unable to perform his duties. The company has since missed principal and interest payments on two other bonds worth a combined nearly 4.2 billion yuan that matured in late June and on Monday respectively. Another bond of a similar value will be due next month.

Since 2009, Ye has transformed CEFC China from a little-known fuel trader to a fast-expanding private oil and finance giant with assets in Europe, the Middle East, Central Asia and Africa, through aggressive debt-fueled acquisitions. But the company has come under pressure in the last year as part of a broader Beijing crackdown on a new generation of private conglomerates that have grown quickly by taking on heavy debt loads.