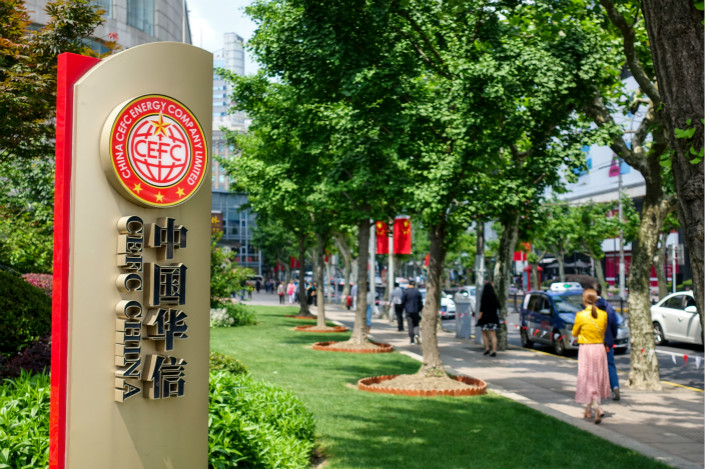 CEFC Shanghai International Group Ltd., CEFC China’s main business subsidiary, attributed its default to the fact that CEFC China’s founder and chairman, Ye Jianming, has been unable to perform his duties recently. Ye was placed under investigation by the authorities earlier this year on suspicion of economic crimes.

The firm will repay the bondholders in six months from the maturity date, it said in a filing (link in Chinese) with the Shanghai Clearing House, one of China’s central securities depositories.

The once-ambitious firm’s first bond default has deepened concerns over its liquidity shortage and debt risks following Caixin’s recent report on the investigation into its 40-year-old founder.

“The little hope (we had) has been shattered,” said one of CEFC Shanghai’s bondholders about the default. Many bondholders saw the Monday bond maturity as a bellwether for other bonds that will mature in the next few months, Caixin has learned.

In addition, it has repayment obligations totaling 18.5 billion yuan over the next three years.

Creditors of the Shanghai-based firm have scrambled to collect their money in recent weeks, holding multiple meetings and demanding repayment plans.

CEFC China’s told a bondholders’ meeting this month that China Development Bank, a policy lender and one of the firm’s major creditors, has taken the lead in establishing a creditors’ committee and is working with the Shanghai government to deal with the debt problems, Caixin learned from sources close to the matter.

Caixin earlier reported that Ye was placed under investigation in January by the Chinese authorities. The news sparked a selloff of CEFC Shanghai bonds, and a series of downgrades for the firm’s rating.

Since 2009, Ye transformed CEFC China from a little-known fuel trader to a fast-expanding private oil and finance giant with assets in Europe, the Middle East, Central Asia and Africa.