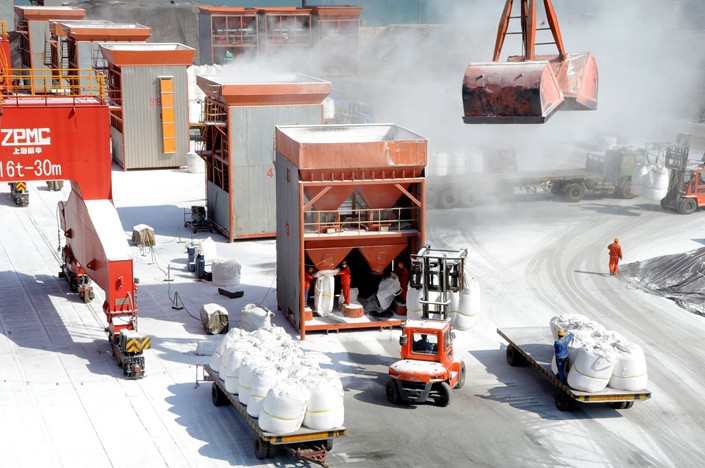 Citing residents’ environmental concerns, authorities in Liaoning province, in China’s northeast, have called off projects involving aluminum oxide, including some that were part of major regional revitalization plans.

The canceled projects, located in the cities of Chaoyang, Fengcheng, Fuxin, Gaizhou, and Huludao, were originally expected to produce a total of over 18 million metric tons (19.8 U.S. tons) of aluminum oxide — widely known as alumina — a year, according to announcements made by the cities’ authorities over the past week.

The cancellations come after news of the planned projects was met by a strong public backlash. Chaoyang residents held demonstrations recently against the construction of a massive alumina plant in their city, saying they wanted “survival, not pollution,” according to reports by multiple Chinese media outlets. Residents also voiced their opposition to the plant through an official public consultation process.

The city gave in to residents’ demands on Aug. 1 and put a halt to the project, which was a part of a high-priority plan to revitalize cities in China’s northern rust belt. The planned refinery would have been the world’s biggest upon completion.

Alumina, a white crystalline substance, is used mainly in the production of aluminum metal. It is also used as a filler for plastics and an insulator in electronics components. It is produced by refining bauxite, a naturally occurring ore, in an energy-intensive process that usually releases greenhouse gases and a toxic byproduct known as red mud.

After Chaoyang announced it would shut down its alumina refinery project, the four other cities also announced cancellations of their projects, citing environmental issues and public opposition. The projects would also soon have come under pressure from wintertime output cuts aimed at reducing air pollution in northern China.

Liaoning, historically an important industrial hub, has struggled in recent years with low growth and increasing debt. The alumina projects had been expected to create thousands of jobs in the province, which does not currently have any alumina production capacity, according to government statements.

But the shutdowns are good news for the industry as a whole, which had not been optimistic about the wave of upcoming alumina projects in the region, an aluminum industry veteran who did not wish to be named told Caixin.

A project “at the scale of 10 million tons is a crazy idea. There is no way to dispose of the red mud, and the ecological environment will be seriously affected,” the source said, adding that demand in the market would not be able to support such a large increase in alumina capacity, which would “disrupt the industrial order.”