By Zhang Xin and Li Rongde 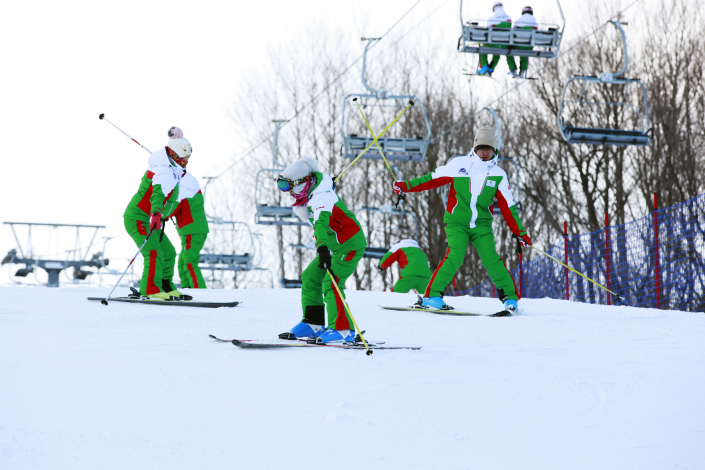 Mao Zhenhua has lost 100 million yuan ($15.3 million) annually since his company took a controlling stake in the Yabuli Ski and Tourism Resort (pictured) in 2010, according to a close associate. Photo: Visual China

A tirade against bureaucracy posted to social media by the operator of a famous ski resort has renewed discussion about the allegedly “hostile” business environment in China’s economically struggling northeast.

Mao Zhenhua, president of China Chengxin International Credit Rating Co., attacked the administration of the area where the popular Yabuli Ski and Tourism Resort is located in Heilongjiang province, saying his company has gone through “a dark period” due to local government harassment.

“Despite being a legally operated business, we have often been threatened with various inspections. One day it’s the police, the next day it’s the food safety enforcement officers and then inspectors in charge of boiler safety,” Mao said in a video posted Jan. 1 to Weibo, the Chinese equivalent of Twitter.

“Every day, they’ve brought us troubles, but they haven’t done a single thing to help us,” he said in the video, which was titled “Difficulties in Revitalizing (China’s) Northeast Are Great.”

Mao has a controlling stake in Sun Mountain Yabuli, which operates a ski resort in the town of Yabuli, some 200 kilometers southeast of provincial capital Harbin. He made the scathing comments on Sunday, according to a person close to him.

In an article he posted on social media platform Wechat, Wu Yajun, president of Longfor Properties Co., Ltd., said Mao has lost about 100 million yuan ($15.3 million) each year since he took a controlling stake in the ski resort in 2010.

“He managed to pull the resort from the verge of bankruptcy, but once his business showed signs of promise, the administration authorized other investors to build new hotels and a new ski slope inside his resort,” he wrote. Wu stopped short of spelling out whether this was a violation of the contract between Mao’s company and the local authority.

“He would never have gone public over his disappointment if there had been any other choice,” said Wu, who is a close associate of Mao. “He sought help from provincial authorities earlier, but to no avail.”

Police have also allegedly threatened Mao’s employees, coercing them to cooperate with investigations, according to Wu, who declined to offer details.

Mao’s remarks, which have been circulated widely online, triggered a heated discussion, with many saying Mao’s rant has reinforced a widely held belief that “people should refrain from investing their money beyond Shanhaiguan into the northeastern regions.”

Shanhaiguan is a gateway along China’s Great Wall into the three rust-belt provinces — Heilongjiang, Jilin and Liaoning — which have been burdened by growing debt and low growth for decades.

Investors have long complained about red tape, protectionism and lawlessness in the area.

Pan Shiyi, president of property developer Soho China, urged the Heilongjiang government to weigh in on the matter, saying businesses operating in the northeastern provinces deserve a level playing field.

Campaigns launched by the central government to revive these provinces have yielded disappointing results.

The three provinces are among the six that reported pension fund deficits in 2015, according to the China Social Security Development Report by the Ministry of Human Resources and Social Security the same year.

Heilongjiang only had enough money to cover pension payments for a month in 2015, compared to the national average of 17.7 months, the report shows.

Official data show that there was a net outflow of labor from the province of about 346,000 people from 2011 to 2015, which has strained the pension system, according to a 2017 report by the Social Sciences Academic Press.

The provincial government is looking into the matter, according to a statement from its media office Tuesday.