China Stays Upbeat on Lithium With Stake in Argentinian Miner 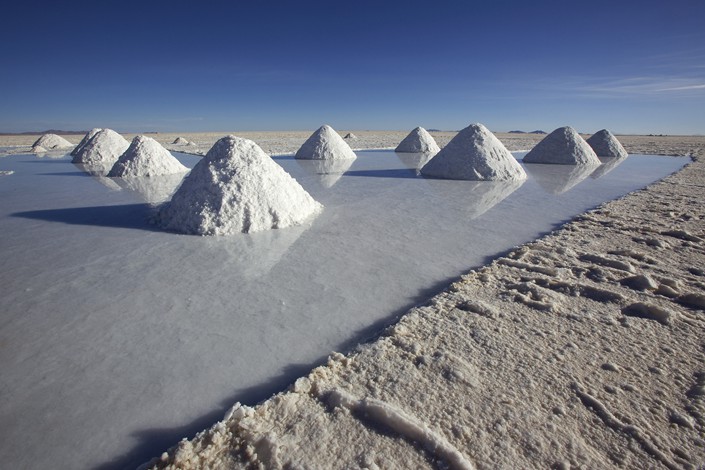 Lithium prices have dropped by 35% from the start of the year to 100,000 yuan per metric ton on Monday, according to industry data. Photo: VCG

A state-owned Chinese miner will take over a stake in a project to develop and operate a lithium project in Argentina, apparently undaunted by the metal’s continued price slide on the domestic market since the start of the year.

A subsidiary of Jiangxi Ganfeng Lithium Co. Ltd. will pay 586 million yuan ($85.3 million) to purchase an interest in Argentinian miner Minera Exar SA, whose flagship asset, the Cauchari-Olaroz project, is expected to produce up to 25,000 metric tons a year of battery-grade lithium carbonate when it comes online in 2020.

Ganfeng will purchase the interest in Minera Exar from a subsidiary of Chilean lithium mining giant Sociedad Quimica y Minera de Chile SA, (SQM) giving it a 37.5% stake in the company once the majority shareholder, Canada’s Lithium Americas Corp., has completed a separate transaction.

As part of the deal, Ganfeng will provide a $52.2 million grant that will be used to repay earlier loans made to Minera Exar and it will be responsible for underwriting 77.5% of the lithium carbonate produced by the Cauchari-Olaroz project.

Ganfeng has been one of China’s leading investors in overseas lithium mines as Beijing’s drive to develop the electric vehicle sector spurs a push to secure valuable materials for batteries abroad. Around 80% of the lithium used by the new-energy vehicle sector comes from overseas, and Chinese companies announced almost a dozen major overseas lithium investments last year, gaining confidence from rising lithium prices.

Yet those prices have dropped by 35% from the start of the year to 100,000 yuan per metric ton on Monday, according to industry data. This is likely due to a glut in the market as new projects have come online during the last two years and because some lithium battery factories are not producing as much as expected, according to Gao Xiaobing, an expert with GG-lb.com, an industry research platform.

Despite the price drop, the purchase is a good move, said Alice Yu, a senior consultant with CRU. “SQM has ambitious plans for expanding its production in Chile, and this probably does not leave it with much bandwidth for projects that use brine extraction, rather than the hardrock extraction its supply chain is geared toward. The sale of the stake makes good sense for both SQM and Ganfeng, which, with Cauchari-Olaroz set to come online in 2020, will see a fast return on its investment.”

Yu sees the drop in lithium prices on the Chinese market as a correction caused by an oversupply of lithium, but she nevertheless expects lithium demand to continue to rise in the long term. “China companies are likely to continue seeking opportunities abroad for investment in downstream lithium production, but it isn’t one-way traffic, as major chemical companies such as U.S. giant Albermarle Corp. will continue to invest downstream in China’s lithium industry, which includes battery cell production.